Despite repeated denials from the Internet retailer and Kindle-maker, Amazon is once again rumored to be working on its own gaming set-top box based on Google’s Android mobile operating system. According to gaming site VG24/7, the company has been working on developing this rumored console and more specifically it’s Amazon’s Lab 126 that’s responsible for the creation of this living room unit.

Lab 126 is the same team that was responsible for the design of Amazon’s Kindle e-readers and tablets and this could indicate that Amazon is not only working on a standalone gaming console, but one that could tie into Amazon’s hardware and digital ecosystem with links to the Kindle Fire tablets as well as to Amazon’s Instant Video streaming service that rivals Netflix and Hulu Plus. 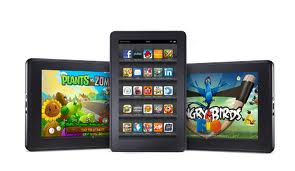 “Running the Android operating system, the system will compete directly with Sony, Microsoft and Nintendo, offering the streaming and download of games, music, movies and TV content, multiple sources have told VG247,” the publication reported.

Additionally, a number of popular Android and iOS games were used to demo the device.

Though details are still scarce at this time, it’s said that Amazon is trying to target the sub-$300 price point. At $300, the Amazon Android-powered console would be cheaper than dedicated game consoles like Sony’s PlayStation system and Microsoft’s Xbox One, but significantly more expensive than streaming boxes like Apple’s Apple TV and the Roku boxes.

And according to a report on TechCrunch, Amazon may be looking at Qualcomm’s Snapdragon 800 processor to power the gaming console. The Snapdragon 800 chip on the market today is among some of the most powerful CPUs on the market in mobile computing and is found on devices like the LG G2. Google Nexus 5, and the Samsung Galaxy Note 3.

Amazon is said to be targeting a launch sometime this year. When launched, the Amazon set-top gaming console may have to compete with Apple’s rumored new Apple TV, which should bring a new UI and additional features such as support for either a full scale App Store or a game store.