Amazon has been the center of attention ever since the company unveiled its plans to deliver small packages to local households within 30 minutes using drones. The company calls it Amazon Prime Air, and UPS even says it’s experimenting with a similar drone delivery service. However, eBay CEO John Donahue really isn’t a big fan, and says it’s merely just a “long-term fantasy.”

Amazon CEO Jeff Bezos says that he could realistically see Amazon Prime Air take off sometime after 2015, but that timeline is a bit optimistic, he admits. However, eBay’s Donahue isn’t really focused on the future, saying that the company is “not really focusing on long-term fantasies; we’re focusing on things that will change consumers’ experience today.”

When asked to clarify if Amazon Prime Air drone delivery service was a “fantasy,” Donahue simply said, “We’ll see,” leaving the possibility for something like Amazon Prime Air to happen, but it looks like Donahue is skeptical about the initiative. 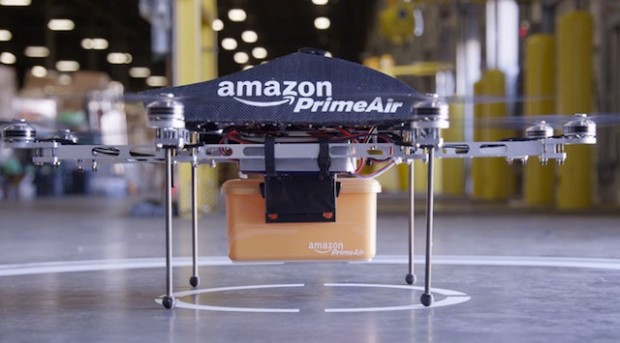 Of course, Donahue is a great guy to ask about this, seeing as how eBay has its own delivery service called eBay Now that promises to deliver goods to households within one hour of buying them on eBay. The service costs $5 per delivery and it’s available in Chicago, Dallas, New York City and San Francisco.

Does this mean that we’ll never see delivery drones from eBay? Probably not, but we also probably won’t see Amazon Prime Air take off for a while, especially considering that the FAA would need to approve the use of civilian drones before Amazon can do anything in the skies. As Donahue notes, it’s certainly something that we’ll just have to wait and see what happens, considering all of the questions and “what ifs.”