If you’ve been wanting to buy Amazon Prime, but don’t quite like the cost, a new Amazon Prime deal will go live this weekend, offering over 25% off the price.

Normally, Amazon Prim costs $99 per year, which is more than what it cost a couple of years ago ($79). Still though, $99 per year isn’t a bad deal at all considering what you get out of it, but if you’re looking for a good deal on the service, the company will be offering a discount for a limited time this weekend. 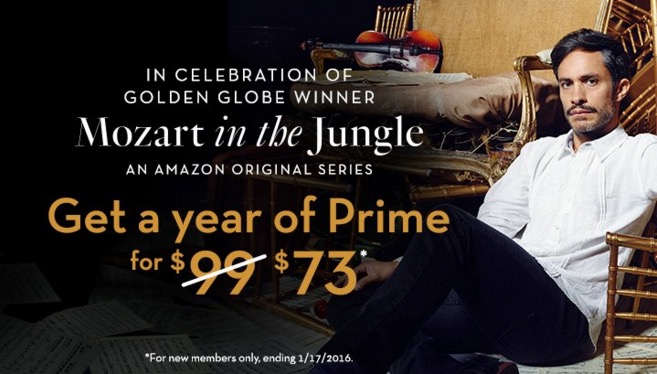 In celebration of Amazon’s two Golden Globe wins, the company will be offering a year of Amazon Prime for just $73.

Unfortunately, this deal is for new members only, so if you already have Prime or have bought it in the past, you won’t be able to take advantage of this deal.

Starting at 9pm PT tonight, new Amazon users who want to get Amazon Prime can visit this Amazon web page to sign up for Prime and get it for only $73. However, you’ll want to act quick, as the deal will end at 11:59pm local time on Sunday, January 17.

During this time frame, Amazon will also make seasons one and two of its original series Mozart in the Jungle available for free for everyone this weekend. So even if you don’t have Amazon Prime, you can watch the series for free on Amazon Instant Video. 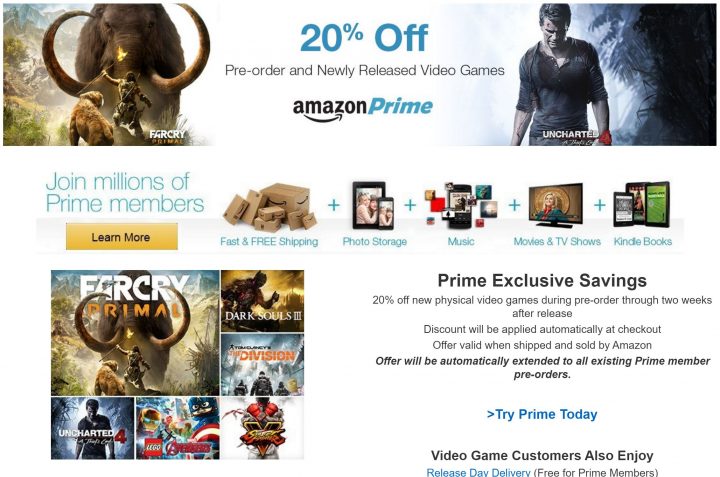 $99 alone is a great price for Amazon Prime, and it’s worth it just for the free access to Amazon’s Prime Instant Video service. If you split up the $99 cost over 12 months, that’s just $8.25 per month, which is just a quarter more than what Netflix charges. Plus, you get way more than the streaming video service.

Heck, even if you just use the free two-day shipping, the $99 cost could be worth it, depending on how often you buy stuff on Amazon. Two-day shipping can be expensive, so the savings certainly add up throughout the year.