Amazon is reportedly working on a set-top box under the Kindle brand to compete with the Apple TV and Roku.

A Bloomberg report claims that Amazon will release a set-top box, which the publication dubs the “Kindle TV” sometime this fall. The device would integrate Amazon Instant Video and Amazon Prime Instant Video, giving users access to both new and older TV shows and movies.

The Kindle TV will likely feature deep integration of Amazon’s video service, though it’s not clear if Amazon will allow other services on the device. There’s a chance the Kindle TV will still support Netflix and Hulu Plus, though such services will likely be apps instead of an integrated part of device. 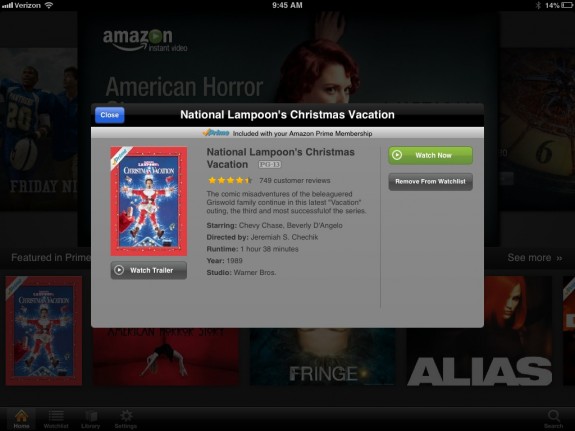 Amazon’s video services are already available on numerous other devices such as the Roku, PlayStation 3, Xbox 360 and Wii U as well as several smart TVs. The only clear advantage a Kindle TV would have is easier access to Amazon’s services.

It’s not clear if an Amazon set-top box will somehow integrate with its current line of Kindle Fire tablets or the rumored Kindle smartphone. Apple uses the Apple TV as a way to bring its ecosystem to the living room, though Amazon already has its video content on many TVs.

Amazon could choose to use Miracast to bring AirPlay-like functionality to the set-top box and Kindle Fire devices. The feature is a part of Android 4.2 Jelly Bean, but it’s not known if Amazon plans to include it in future versions of its forked version of Android.

Given Amazon’s popularity if it were to release a new set-top box, it could mean bad things for Roku, Boxee and any other set-top box maker other than Apple. Amazon currently uses its front page to advertise Kindle devices all the time, so it makes sense that it would use that space to advertise a Kindle set-top box as well.