At $99, the rumored Kindle Fire HD would cost less than the Kindle Paperwhite, the company’s front-lit E-Ink eReader. That Kindle Paper white currently sells for $119 with ads. 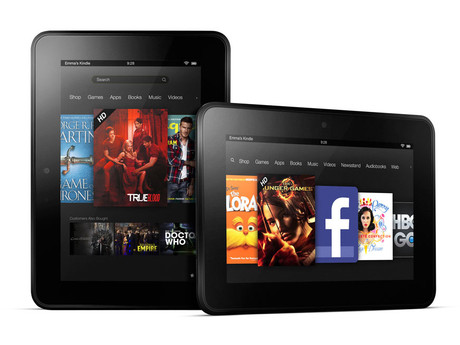 The $99 Kindle Fire HD would also undercut Amazon’s Kindle Fire which currently sells for $159. That tablet uses a 7-inch 1024×600 display, making it less pixel dense than the rumored Kindle.

Amazon recently dropped the price of its Kindle Fire HD 8.9 from $299 to $269 for the Wi-Fi model, and from $499 to $399 for the 4G LTE model. The move is an example of how Amazon tries to keep its device prices as low as possible, opting to make money of digital goods instead.

This past November Amazon offered the 7-inch Kindle Fire for $129 on Cyber Monday. That limited sale was the lowest price Amazon ever put on a Kindle tablet.

When Amazon introduced the Kindle Fire HD last year, CEO Jeff Bezos said the company prefers to “sell the hardware at our cost, so it is break-even on the hardware.” Such a philosophy is possible with a $99 Kindle Fire as long as the company can keep costs down.

Recently other companies introduced their own budget tablets, such as the Acer Iconia B1 that debuted at CES 2013. Those tablets couldn’t break the sub-$100 barrier, however. That price point is typically reserved for unrecognizable brands that sell tablets at drug stores like Walgreens and CVS.

Those companies presumably try to make money on their tablets. Amazon could potentially meet its rumored $99 goal by not expecting the hardware to make a profit.