Earlier this week Amazon started selling its own branded Lightning cables for newer iOS devices, but it recently pulled the cables from its website, according to 9To5Mac.

The Lightning cables are part of Amazon Basics, Amazon’s line of inexpensive cables and accessories with easy packaging. The Amazon Lightning Cables were available through the online retailer for $14.99 each earlier this week. Today, however, Amazon pulled the cables from its website.

The link to the page for the cables now gives a 404 page. Amazon didn’t run out of cables to sell, it just stopped selling them and pulled the cables’ product page. Amazon still includes a link to the new cables on its product page for Apple’s $19 Lightning cable, however. The website also sells Made For iPhone-approved cables, and third-party companies use the site to sell unlicensed cables for just a few dollars. 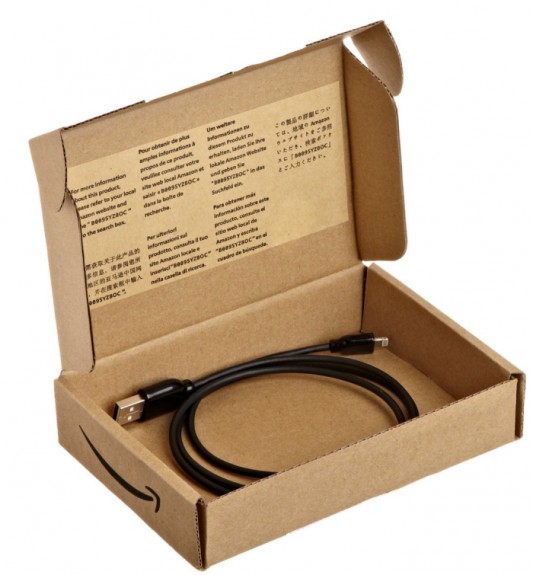 Amazon still offers Amazon Basic Lightning cables in other countries like China, but the U.S. page is missing. Amazon may bring the cables back to its U.S. website eventually, but for now there’s no way to buy the Amazon-branded cable in the U.S.

There are other companies that offer alternatives to Apple’s Lightning cables, and many of them offer the cables for less than Apple. Companies like Schosche, Belkin and Griffin offer officially licensed Lightning cables for the iPhone 5, iPad fourth generation and iPad mini. Those manufacturers offer cables of varying lengths and cables connected to car chargers for users who want to charge their devices while they drive.

Officially licensed cables cost so much because Apple included a special authentication chip in its Lightning cables that other manufacturers have to license. Hackers cracked the chip shortly after the release of the iPhone 5, however, so a number of the cheaper unofficial cables will work with Apple’s devices. It’s still recommended that users only buy cables that Apple approves, however, just in case.