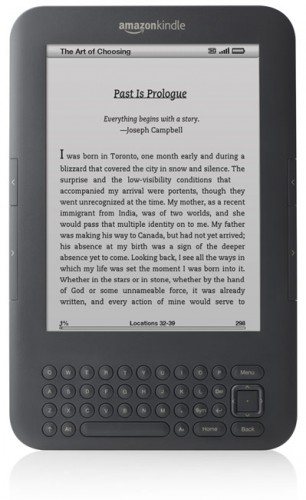 Amazon is letting Kindle users know that they will be introducing Kindle book lending “later this year.” Of course this isn’t the kind of lending that you can do with a real book made out of dead trees, where you could pass it around your entire extended family. Nope, not in the world of innovation sparked by the digital revolution.

From what Amazon says in its letter you can lend a book for a period of 14 days, but the lender can’t read the book at the same time. An eBook can be lent once and that’s it. And, of course publishers can choose to turn this off and not allow it for their books if they so choose. I’m guessing most of the publishers can’t wait until technology allows eBook reading devices to transmit back to them when a different user than the one who owns the device is reading a book.

We’ll have to see how this plays out. Keep in mind Barnes & Noble has allowed lending with the Nook for some time now, so this is probably the only front that Amazon is playing catch up with that platform on.

In the same letter Amazon also lets users know that they will be able to read newspapers and periodicals on other devices that can use the Kindle software. This will start on iOS devices and then move to Android and migrate to other devices from there.