Amazon is making some big news in streaming video news this morning. Amazon announced that it has struck a deals with HBO to bring some that network’s older programming to Prime Instant Video, making it available for streaming. Those looking for newer HBO programming like Game of Thrones or Silicon Valley won’t find it included as the deal is only for older content. Some newer content like Newsroom and Veep will become available over the lifetime of the multi-year deal, approximately three years after airing on HBO. 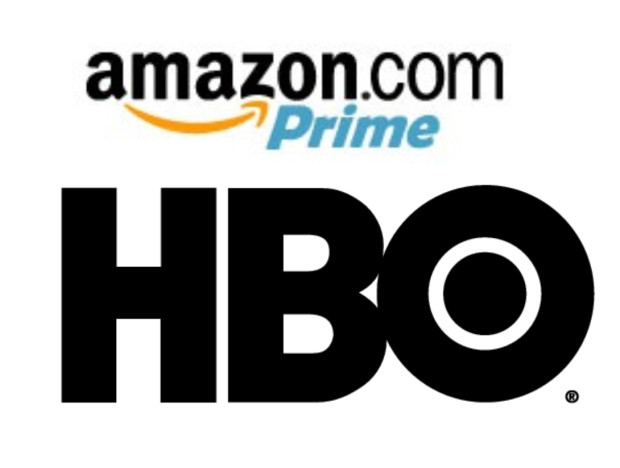 The move is seen as a stroke in Amazon’s favor in its competition with Netflix as both companies compete for new customers. Both services serve up older content to a public that seems content to view things years after they’ve aired life for the first time.

Some of the titles that will be available when the deal begins on May 21 include: The Sopranos, Six Feet Under, The Wire, Big Love, Deadwood, Eastbound & Down, Family Tree, Enlightened, Treme, early seasons of Boardwalk Empire and True Blood, as well as mini-series like Band of Brothers, The Pacific, and John Adams. Some comedy specials and documentaries will also be available. Viewers should note thought that most of the content for popular older series will be viewing what is being labeled as “classic” content. Meaning that popular series like Boardwalk Empire won’t necessarily be updating every year.

All of HBO’s content will still be available on HBO and HBO Go for customers who have HBO in their cable package, so this deal looks like one that is aimed at viewers who don’t subscribe to HBO as a part of a package. HBO will continue to show the most recent programming on its own channels and through the HBO Go App on various platforms.

Amazon Fire TV owners may be wondering what this means for that new streaming media device given that the popular HBO Go App was not available at the launch of the Fire TV. According to the press release HBO Go is still coming to the Fire TV “targeting a launch by year-end” according to the press release. Meanwhile Fire TV customers should be able to enjoy the older HBO content that is a part of this deal or view HBO Go on the Fire TV via mirroring if they own a Kindle Fire HDX tablet.

Amazon Prime Instant Video is available to Amazon Prime subscribers who pay $99 per year for unlimited two-day shipping, streaming video and access to some ebooks. Amazon recently raised the annual subscription rate from $79 citing adding to its library of digital content as one of the reasons.

SEATTLE—April 23, 2014—(NASDAQ:AMZN)—Amazon.com, Inc. today announced a content licensing agreement with HBO, making Prime Instant Video the exclusive online-only subscription home for select HBO programming. The collection includes award-winning shows such as The Sopranos, Six Feet Under, The Wire, Big Love, Deadwood, Eastbound & Down, Family Tree, Enlightened, Treme, early seasons of Boardwalk Empire and True Blood, as well as mini-series like Band of Brothers, John Adams and more. Previous seasons of other HBO shows, such as Girls, The Newsroom and Veep will become available over the course of the multi-year agreement, approximately three years after airing on HBO. The first wave of content will arrive on Prime Instant Video May 21. This is the first time that HBO programming has been licensed to an online-only subscription streaming service. This programming will remain on all HBO platforms.

In addition, HBO GO will become available on Fire TV, targeting a launch by year-end. HBO GO is HBO’s authenticated streaming service offering subscribers instant access to over 1,700 titles online including every episode of new and classic HBO series, as well as HBO original films, miniseries, sports, documentaries, specials and a wide selection of blockbuster movies.

“HBO has produced some of the most groundbreaking, beloved and award-winning shows in television history, with more than 115 Emmys amongst the assortment of shows coming to Prime members next month,” said Brad Beale, Director of Content Acquisition for Amazon. “HBO original content is some of the most-popular across Amazon Instant Video—our customers love watching these shows. Now Prime members can enjoy a collection of great HBO shows on an unlimited basis, at no additional cost to their Prime membership.”

“Amazon has built a wonderful service—we are excited to have our programming made available to their vast customer base and believe the exposure will create new HBO subscribers,” said Charles Schreger, President of Programming Sales for HBO.

“As owners of our original programming, we have always sought to capitalize on that investment. Given our longstanding relationship with Amazon, we couldn’t think of a better partner to entrust with this valuable collection,” said Glenn Whitehead, Executive Vice President of Business and Legal Affairs, who along with Schreger headed up HBO’s negotiating team. “We’re also excited to bring HBO GO to Amazon’s Fire TV. The features like unified voice search will provide a compelling experience for HBO customers.”

Beginning May 21, Amazon Prime members will have unlimited streaming access to:

– All seasons of revered classics such as The Sopranos, The Wire, Deadwood, Rome and Six Feet Under, and of recent favorites such as Eastbound & Down, Enlightened and Flight of the Conchords

– Epic miniseries, including Angels in America, Band of Brothers, John Adams, The Pacific and Parade’s End

– Select seasons of current series such as Boardwalk Empire, Treme and True Blood

– Hit original movies like Game Change, Too Big To Fail and You Don’t Know Jack

– Pedigreed documentaries including the Autopsy and Iceman series, Ghosts of Abu Ghraib and When the Levees Broke

The multi-year deal will bring additional seasons of the current series named above, along with early seasons of other series like Girls, The Newsroom and Veep to Prime members over the life of the deal.