Amazon's Android Tablet Will Be a Color Android-Based E-Reader 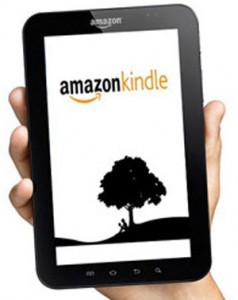 Amazon‘s initial foray into the tablet space will be positioned more akin to an Android-powered e-reader rather than a tradional Android tablet offering. As such, it would probably be a closer competitor to the Barnes & Noble-powered Nook Color rather than be a true iPad, Xoom, or Asus Eee Pad Transformer challenger, according to a new report from Business Insider.

To keep costs low and competitive, the device may lack some more high-end features found on today’s tablet offerings, including cameras and a more advanced chipset.

If the move is accurate, it would show that Amazon will be trying to maintain its control over the e-reader space, which has been dominated by the Kindle, rather than branch out into the more uncertain Android tablet market, which has thus far been struggling to compete with the market-leading Apple iPad.

The tablet is described to have a color screen and some apps according to tipsters to SAI. It’s unclear if Amazon will lock down the tablet, like Barnes & Noble did with the Nook Color. However, in Amazon’s case, the company could use an initial foray into Android to leverage its digital assets and storefronts, including Amazon.com, the Amazon MP3 store, Amazon Prime video streaming and rentals, Amazon Kindle for books and magazines, and the Amazon Android Appstore. Given that Amazon already has its own Appstore for Android, a potential Amazon tablet may rely more heavily on its own storefront and may lack Google’s Android Market access.

The tablet is expected to launch later this year.

The move to target a more focused and concentrated e-reader space with a color touchscreen, rather than the more general and multi-purpose Android tablet market in general, may be a smart move. Thus far, Android tablets with multi-purpose functionality have not fared well in the market when compared to Apple’s tablet offering. One of the best selling Android tablets on the market today is Barnes & Noble’s Nook Color, which is positioned as a dedicated color e-reading tablet with apps and a more curated, book-centric user interface and approach while relying on Google’s Android OS core.