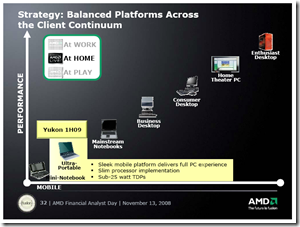 During AMD’s Financial Analyst meeting, they are announced a number of technologies, but of interest to our readers is their Netbook and ultra-portable strategy.  AMD announced the Yukon platform for the mini-notebook, netbook, and ultra-mobile platform  Ã¢â‚¬” to be released first half of 2009. They also laid out the platform roadmap for the next several years for ultra-mobiles and netbooks. Screen shots after the break. 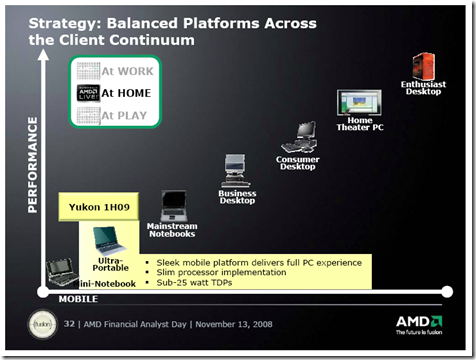 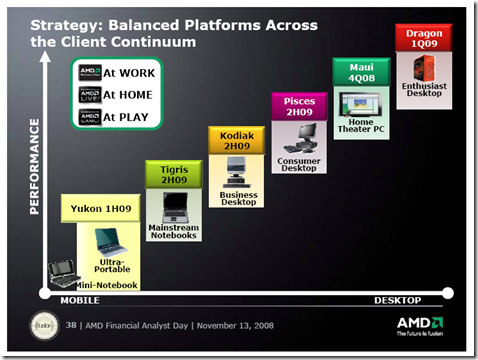 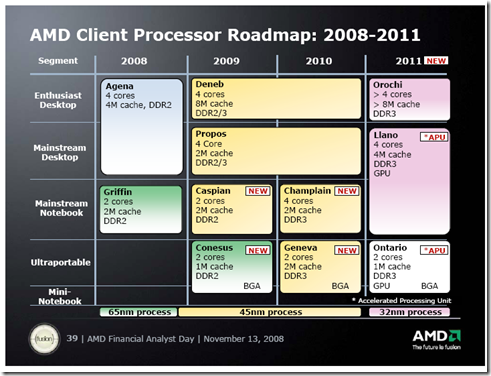 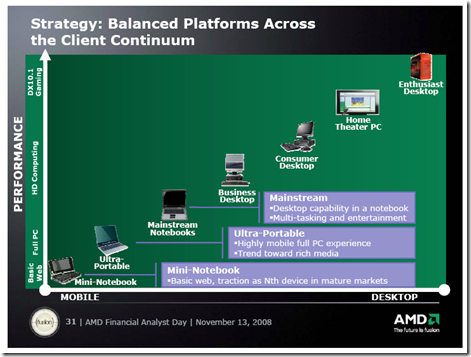 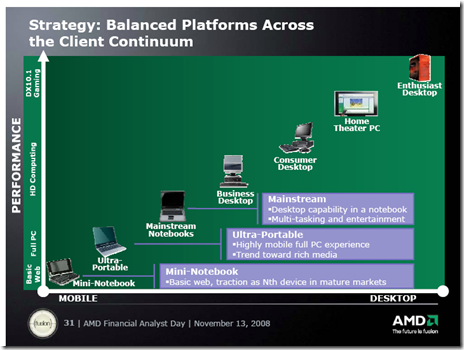