American Express Did Not Agree to Join Google Wallet

It looks like in updating its Google Wallet app earlier this week to finally support all major debit and credit cards, Google may have jumped the gun as card service American Express claims that it never agreed to be part of Google’s mobile wallet app. The app, which is available for select smartphones on Sprint’s Now Network with NFC capabilities, the Galaxy S, Galaxy Nexus, and Nexus 7 tablets, allows customers to pay for things online and in-store by using their phones. 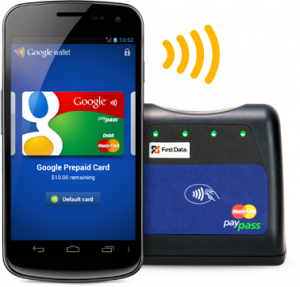 It appears that the disagreement right now is how Google handles transactions. Outside of Citibank’s Citi MasterCard, Google is still assigning users a prepaid MasterCard shell. When customers charge their purchases at stores and pay for them using the NFC-enabled service, the merchant will only see the Google pre-paid MasterCard account number and information. Google will then bill your other cards, including American Express, with the balance so it’s a two-step purchase similar to how PayPal works by drawing money from the funding source without disclosing said source to the merchant.

Here’s what Google has to say regarding the transaction process when associating a credit or debit card on the Google Wallet FAQ site:

You may earn reward points for purchases through your card issuer’s credit or debit card rewards program (such as gas, grocery, and restaurants purchases, and overall spending), if applicable. Certain benefits and rewards may not be applied when using Google Wallet. Rewards and other benefits (such as purchase protection or insurance) will be decided by your card issuers and not Google Wallet.

Google has since commented on the spectacle to TechCrunch:

“For many years, we’ve accepted American Express, Visa, MasterCard and Discover for online and mobile transactions. The latest version of Google Wallet extends these same benefits to people who choose to use the Google Wallet app to make purchases in-store. We are in active discussions with American Express and look forward to working together as partners as the world embraces digital payments.”

Perhaps, though, the bigger issue with NFC-enabled mobile wallet payments is that American Express is working on its own system and doesn’t want its cardholders to be confused with a potential American Express NFC wallet and Google Wallet.

For now, Google Wallet subscribers can still add their AmEx cards and use it with the payment system. Of course, American Express can revoke access to its billing and not allow customers to use their account with Google Wallet at any time.

For the future of mobile wallet to grow in the U.S., there has to be more agreements. Right now, there are few merchants that are accepting Google Wallet as payment in-store, credit cards are reluctant to join and may be devising their own rival offerings, and carriers have not fully embraced Google Wallet because a few of the big ones are working on their own ISIS competitor.