Various law enforcement offices in the U.S. are proposing legislation that would require American carriers–such as AT&T Mobility, Sprint Nextel, T-Mobile USA, and Verizon Wireless–to store and archive private text messages that are sent and received. The legislation proposed may get bundled together with a proposed update to the 1986 Electronics Communications Privacy Act, a popular bill that’s garnered the support of high-tech companies and Silicon Valley. If the law enforcement amendments get added, the ECPA revision may be endangered. 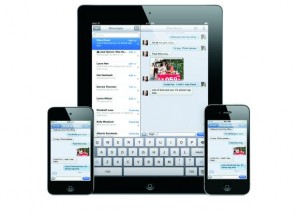 According to CNET, storing and archiving text messages for future criminal cases would be the equivalent of law enforcement requiring carriers to record every audio message should those conversations be needed as evidence in a court of law.

However, law enforcement may feel differently. As the publication had reported that Tennessee Bureau of Investigation Richard Littlehale says, “In some cases, this means that critical evidence is lost. Text messaging often plays a big role in investigations related to domestic violence, stalking, menacing, drug trafficking, and weapons trafficking.”

The controversial proposal comes as Congress is evaluating the ECPA revision for 2013, which would require law enforcement officials to obtain a search warrant before they can access emails or documents stored on a third-party server. Under old rules, the law had different legal standards depending on how old the email is and varying conditions.

And while electronic monitoring is not new, it’s unclear how the SMS rules, if applied, will affect other forms of electronic communications, such as Apple’s iMessage service, Google Voice, BlackBerry Messenger, and messages sent through third-party clients like Skype, Tango, and the popular WhatsApp service. The difficulty here is that Microsoft doesn’t feel that Skype is a carrier and Google Voice itself, while providing telephony and SMS service, isn’t technically a carrier either.

This presents some loopholes, and it’s unclear if legislatures will have the foresight to consider electronic communications beyond SMS and MMS. And there’s also Snapchat, an app that allows users to send picture messages but have the message self-destruct after a number of seconds. Given the more private nature of Snapchat, it’s been used as a sexting app.