According to a report commissioned by the GSM Association (GSMA), the consortium of GSM carriers that’s also responsible for shows like Mobile World Congress, Americans are paying much more for 4G LTE service than Europeans do. Citing reasons as lack of competition and how service is packaged in the States as reasons, the GSMA finds that Americans are paying roughly 3 times as much for a gigabyte of data compared to Europeans on average. 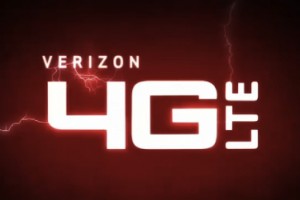 According to the New York Times, 4G LTE service is largely dominated by two carriers in the U.S. Those carriers are Verizon Wireless, which was the first to market with a nationwide LTE service, followed by AT&T Mobility. Rival Sprint Nextel, which is in the process of being acquired by SoftBank, is now deploying LTE and is looking for more capital to deploy its Now Network while T-Mobile USA, which is merging with MetroPCS, will be deploying its LTE network next year thanks to added spectrum from the merger. These two smaller national carriers do not yet have quite the coverage of larger carriers AT&T and Verizon.

In Europe, there are 38 operators competing for customers, which helps to lead to competitive pricing.

In the U.S., carriers are beginning to move away from unlimited data packages and packaging of wireless bundles may also be a factor leading to overall costs. European carriers sell LTE as a standalone service whereas in the U.S., customers sign on for voice and SMS plans as well. Removing those bundles, according to Verizon’s spokeswoman, would bring the price per GB down to $5.50, which would be twice the amount that Europeans are paying for data only plans.