Today, Diamond Multimedia launches their Android powered 1080P Media Player, the AMP1000. This media player is the 1st Android Powered 1080P media player on the market. The AMP1000 allows users to experience games, music, photos, ebooks, television, movies, Android apps and full Internet browsing with flash support on an HDTV. The AMP1000 has built-in Wi-Fi, which should go without saying.

The AMP1000 sounds like a great fit for those that don’t have other media devices available already. With Samsung SmartTV, Roku boxes, Apple TV, and even the Xbox 360, it’s hard to imagine too many homes without an internet connected media device already in the house. I have Directv, an Xbox 360 and a Samsung Smart TV, but I plan to check this out soon. 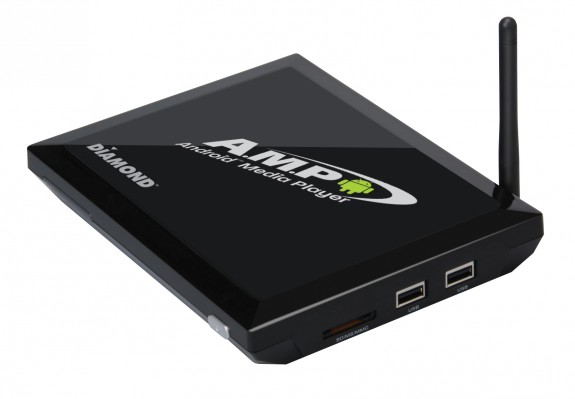 The AMP1000 is powered by Android 2.3 and comes with a 3-in-1 remote that includes a keyboard, a mouse, and even motion controls. It ships with full access to the Google Play store and retails for $119.99. The AMP1000 sells at Amazon, Tigerdirect, Newegg, Microcenter, and Fry’s.

Right now, there is a mail-in rebate available through Diamond Multimedia’s Facebook page that brings the cost down to $99. 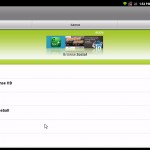 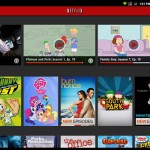 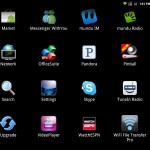 I haven’t had a chance to try this out myself yet, but plan to soon. From the screenshots above, it seems like the AMP1000 will look and feel much like your Android Tablet. I can’t wait to see this on my big 55-inch screen.

For more information, check out Amazon.