This morning Microsoft announced that long-time employee Satya Nadella would become its new Chief Executive Officer. Naturally, news about a new CEO taking over the world’s largest software company generates a lot of excitement. Industry watchers and customers will want to know about his plans for the company, his background  and how it relates to Microsoft’s stated goals.

Investment firms and Microsoft fans will pass their judgments in due time. In fact, it’s likely that longtime Microsoft fans are already celebrating and forming their own opinions. Joining them is a second group of people. These people may not have any experience with Microsoft software and they may not use any of the company’s hardware products. They’re celebrating Nadella’s appointment as Microsoft CEO for a different reason: his nationality. 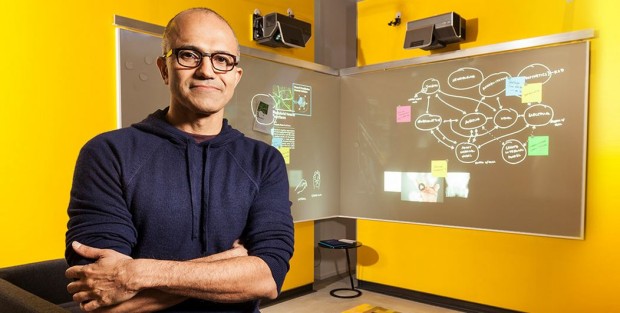 Nadella, who’s 46, grew up in Hyderbad, India, and according to a short profile published to Microsoft’s corporate website following its announcement, loves cricket. Having gotten a bachelor’s degree in electrical engineering at Mangalore University in India, he moved on to the University of Wisconsin – Milwaukee to obtain a master’s degree in computer science. His first job offer from Microsoft came at a time when he’d already planned to attend the University of Chicago and earn a master’s degree in business administration. Instead of choosing one or the other Nadella did both. He moved to Washington to take the job at Microsoft working on the Windows NT operating system, while flying back to Chicago on weekends to take classes and earn that master’s degree for two years.

In short, Nadella is one of those people who some would describe as having “made it,” and though I don’t mean to imply in any way that running Microsoft is as big a task as running a government, I’d imagine that Nadella’s appointment gives Indian-Americans, the same pride as having Barack Obama winning The White House. It’s proof, tangible proof, that their contributions to America and the corporations that power her can’t be ignored, that they too are winners in the American Dream sweepstakes.

All of this isn’t to say that Microsoft doesn’t already have a decent background in recruiting the right people for the right job. Current Bing, Office and Skype leader Qi Lu hails from Shanghai. Julie Larson-Green, previously its Windows chief, now leads its hardware and games creation teams. Forty-percent of the people in Microsoft’s board room are minorities or women. By comparison, only three out of 12 of Exxon Mobil Corporation’s board of directors are minorities or women. Only one of Apple’s eight Board of Directors seats belongs to a woman or minority. A 2010 study by the Alliance for Board Diversity found that minority men and women made up roughly 12.7 of Board Directors in Fortune 100 companies.

Microsoft clearly embraces diversity, especially when compared to American companies as a whole.

Of course, Nadella’s legacy won’t reflect his nationality and skin color alone, nor should it. To truly become an inspiration and a storied technology CEO Nadella will need to prove that his time heading Microsoft’s less sexy businesses like Office and Windows Server gives him the tools to reenergize the company’s consumer-focused products like Windows and Windows Phone. He’ll also need to bring a brand of showmanship and know-how to Microsoft’s press events and more.

Still, I’d have to imagine that Indian Americans don’t care about that. This is the same week that many Americans took to Twitter and Facebook to decry Coca-Cola’s celebration of the different types of people who make up America. Nadella’s ascension to CEO of Microsoft is a win for not just Indian-Americans, but those that embrace the idea that having a heritage from outside of the United States is something to be celebrated and not frowned upon. I’m not, Indian-American, but I fall into the latter category and I have to say that I’m as proud as I could possibly be.