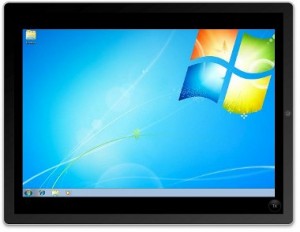 Just when you thought you’d seen everything, some industrious geek goes out and does something new.

Citrix, the desktop and server virtualization company, has gone and done something, which I think its just great.  They put Windows 7 on an iPad.  Now, how they got their hands on an iPad is one thing (then again, how did Steven Colbert get his for the Grammys)?  But, to run Windows on it?

To calm down all the Mac folks out there, its not really running Windows 7.  It is running a Citrix client that is attaching to a virtual machine running Windows 7.  Citrix already has this set up to work on an iPhone, why not extend it to the iPad.?

Citrix is putting this idea up for a vote on their blog:

Well if your company has XenDesktop or XenApp you will be happy to know you will be able to use your iPad for real work as well. It turns out the 9.7 inch display on the iPad with a 1024×768 screen resolution works great for a full VDI XenDesktop. Windows applications run unmodified and securely in the data center, and even multiple applications at once. The advancements that were made for the Citrix Receiver for iPhone will carry over to the iPad, however the iPhone restrictions of screen size and small keyboards are overcome with the iPad. It’s a beautiful thing ! The iPad looks to be an ideal end point device that can empower users to be productive were ever they are and IT will be able to safely deliver company hosted virtual desktops and apps without worry.

So tell us if you want Citrix Receiver for the iPad and let us know how your going to put it to work.

As someone who works with virtualization everyday, this just made the iPad a whole lot more attractive for me.  The ability to run multiple environments on a lightweight 9.7″ inch screen just sings to me.

I hope Citrix decides to do this.  Then, we may see more IT professionals running around with iPads instead of laptops.