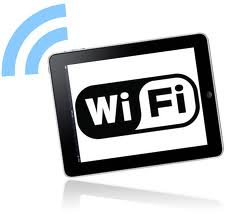 IDG Analyst Bob O’Donnell blamed the slow sales of 3G-enabled tablets on the high cost of 3G data plans for those devices. O’Donnell says that hundreds of thousands of 3G-enabled tablets are sitting on store shelves unsold because consumers preferred purchasing WiFi tablets, instead, which are both cheaper and don’t require a mobile broadband data plan to access the Internet anywhere there is a WiFi connection available.

The reason why 3G tablets aren’t faring well is that the usage paradigm for tablets is much different than that for smartphones. Instead of constantly requiring a mobile broadband connection all the time since a user is mobile, as in the case with smartphones, tablet users are mostly stationary and can connect instead to WiFi networks.

O’Donnell says that carriers will eventually need to change their data pricing to reflect the usage models of tablets in the future. Verizon Wireless is already exploring a shared data plan for a family of devices, which would allow consumers to buy data in buckets, and share that bucket with a number of devices including smartphones, tablets, and computers. As carriers move away from unlimited smartphone data, it would make it easier to provision accounts with buckets where those buckets can be shared.

In addition to the extra monthly cost of a tablet data plan, users who opt to get a subsidized tablet would have to agree to a two-year contract under today’s usage scenario. IDC says, “We believe [tablet] vendors who continue to focus on the telco channel for distribution will face serious challenges.”