A new research report published by Piper Jaffray anaylst Gene Munster suggests that Microsoft’s Surface RT tablet hardware may not have sold favorably compared to the competing iPad and iPad mini slates at Apple’s retail stores. Munster had observed Apple and Microsoft company-owned retail stores, which are usually located in close proximity to one another in malls, to arrive at his conclusion. 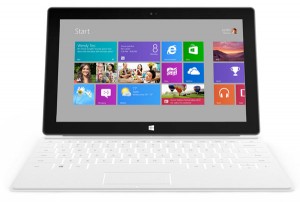 In fact, in the two hours of observing Microsoft and Apple stores, CNN Fortune reported that Munster found that not only was there 47 percent, or almost half, less foot traffic at Microsoft’s store than Apple’s store at the Mall of America, but that in that duration, no customers at Microsoft had even purchased a Surface RT tablet.

The Piper Jaffray team noted that shoppers had purchased 17.2 items per hour at Apple whereas Microsoft stores generated only 3.5 items per hour in sales, of which none of the Microsoft items were hardware purchases as customers walked out with Xbox games. Of the 17.2 sales Apple generated per hour. 11 of those were iPad and iPad mini tablets.

The numbers may not be too surprising as Microsoft had recently confessed that Surface RT sales were only off to a modest start. However, still, comparisons between the Surface RT and iPad sales at this time may not be entirely fair as Apple has had several years to market, promote, and gain consumer attention with the now mature iPad whereas Microsoft’s tablet is still a new product. However, given Apple’s push for post-PC era computing, the iPad may still be cannibalizing traditional PC sales for people who may not need all the features and performance of a full PC if they only check emails and occassionally view a video or two on YouTube.

Munster did not calculate smartphone sales. Though Microsoft does not have its own branded phones–at least not yet anyways–it does sell a number of Nokia Lumia smartphones as well as HTC’s new range of Windows Phone 8X devices.

Overall, for Black Friday, sales at Apple stores were down, though Munster noted that this may be due to customers taking their purchases online.

In terms of retail promotion, Apple offered slight monetary discounts for its fourth generation iPad with Retina Display and the iPad mini was not discounted at all with constrained inventories. Microsoft did not offer a direct discount off of its Surface RT tablet, but did offer slight discount when users added a secondary keyboard smart cover to their purchase.

Another potential reason for slow Surface RT sales may be that business and prosumers may be waiting for the more powerful version called the Surface Pro. Though Microsoft had not disclosed a release date for the Surface Pro, it is anticipated to debut sometime in February 2013, perhaps with a new Intel microprocessor architecture though that’s still highly speculative.