Analyst: iPhone on Verizon to Have Minimal Impact on Android Manufacturers 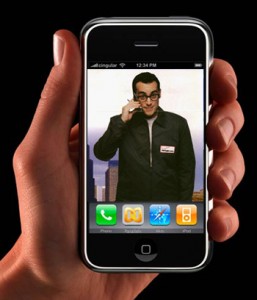 The iPhone, long rumored and widely believed to be coming to U.S. CDMA carrier Verizon Wireless in 2011, will have very little impact on other Android smartphone makers such as HTC and Motorola when it hits Verizon Wireless. According to Bernstein Research analyst Pierre Ferragu, any iPhone subscriber gains on Verizon Wireless’s part would be offset by a strong push for Android subscribers by AT&T device, which would result in a neutral net impact for HTC and Motorola. Ferragu notes that there are three potential effects for an iPhone on Verizon: “A) Migration of existing iPhone users from AT&T to Verizon; B) Some migration of Android users at Verizon to the new iPhone; C) More support to Android from AT&T, as a consequence of the loss of the iPhone exclusivity.”

The analyst notes that in a worst case scenario, HTC and Motorola would lose up to 30% of their business on Verizon Wireless. HTC would fare better and could potentially offset its losses on AT&T with a 0-30 percent gain on the GSM carrier. Motorola may not do as well during the iPhone’s first year tenure on Verizon, but should make up for losses after a year: “If Verizon starts selling the iPhone, we believe there will not be a visible impact for HTC and a limited one for RIM. If there is a medium term impact on Motorola, we believe that the shortfall will be easily made up in the full year.”