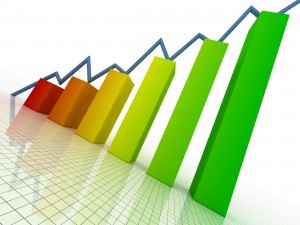 If you’ve followed my writings, rantings, and musings over the years, you already know that I think most tech industry analysts have cushy jobs that basically allow them to gather some info and make guesses. Yeah, I do that to on occasion, but I don’t pretend to guide investors with my guesses.

But anyway, according to a report on moconews.net, Bloomberg, and Fortune, Ashok Kumar of investment bank Rodman & Renshaw is cautioning his investors that the Tablet outlook isn’t quite so rosy heading into the Christmas season. He’s saying that instead of Apple selling 5 million iPads they may only hit 4.9 million. To my way of thinking that’s like predicting an NFL team might go 8 and 8 instead of 9 and 7. But that’s me.

What the surprising, and I think questionable call is that Samsung is cutting back on Galaxy Tab production by 50%, supposedly due to slow sales. Hmm? These things are just getting into consumer’s hands. While Apple might want to turn device launches into the same kind of immediate success or failure game as weekend movie launches now are, I think these companies probably play things out a little bit longer. Well, unless you’re selling the Kin.

If, and I stress if, Samsung is pulling back, I’m guessing it is because Samsung already has other devices using a Tablet optimized version of Android in the pipeline. Heck, they’ve said as much. I wouldn’t be surprised in the big picture if the v1 Galaxy Tab isn’t a very expensive testing of the waters for what’s to come. But that analysis and a buck and a quarter still won’t get you a good cup of coffee.