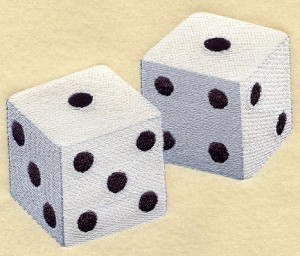 This will be a bit of a rant here. But it’s a theme I’ve been on for quite some time. For the life of me I don’t know how financial and market analysts stay in business, or for that matter attract any. But then if you believe in old P.T. Barnum, I guess that answers that question.

Analysts that try to predict how a gadget or a company is going to do in the marketplace always leave me scratching my head. Not in awe of their abilities, but in befuddlement over their lack of common sense. Let’s take this story that set me off on this rant. According to Cult Of Mac, linking to an AllThings D report, JP Morgan analyst Mark Moskowitz thinks that “over time, consumers may come away disappointed with the Kindle Fire’s lack of functionality and smaller screen size.” The analyst goes onto say that Amazon will have to have a fully-loaded offering to compete with Apple long term.” Moskowtiz also labels the Kindle as “the netbook of the media tablet market.”

Moskowitz and his peers continually prove that they are the Netbooks of prognostication. I think Nostradamus fared better in the marketplace. I know my nephew who picked up my Kindle Fire on Thanksgiving, played with it for about 10 minutes, and then said, “this is cool and everyone will have one” was as right then, as he was when he said about the same thing about the iPad. Telling point? Maybe.

Now, don’t get me wrong. The analyst may be correct in the long view, heck he has a 50/50 shot, which are better odds than in Vegas. Keep in mind that this is a Goldman Sachs analyst, and we all know how well that Wall Street company (and others) have done these last few years.

What disappoints me continually here, is how most analysis is measured against yesterday when we are in such a period of change that anyone thinking they can predict tomorrow should find themselves publishing on the cover of a grocery store tabloid.  (Remember all of the analysis that predicted less than stellar success for the iPad because it didn’t have this port or that feature?) Yes, I engage in analysis here, as do my colleagues, but we don’t charge money for offering our advice to people who are looking to invest based on that analysis.

So, here’s some analysis that won’t cost you a dime. Apple will continue to sell a lot of iPads. Amazon will sell a lot of Kindle Fire devices. Some folks will choose one or another, based on how much money they have lost or gained by following analysts’ recommendations. Both companies will sell lots of other products through the devices that they are both selling. Both companies are in it for the long haul and are planning things that potentially will make what I’ve just said either irrelevant at worst, or a waste of bits at best. Should you bet on one or the other? Only if you’ve got money to potentially lose while you watch both companies make money off of what they are currently doing or planning to do.