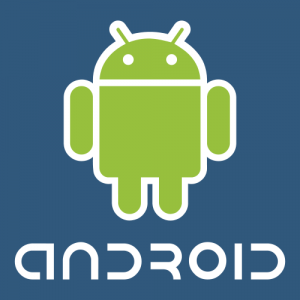 Is Google really messing up on its naming convention? With Android 2.3 dubbed Gingerbread, and 3.0 headed towards the next alphabetical letter, H, with Honeycomb, I with Ice Cream may be jumping back to the 2.x numerical convention rather than flowing with 3.x convention according to Pocket-lint.

The site had reported that Android 2.4 Ice Cream was found on a test model of the Sony Ericsson XPERIA Arc on the show floor of CES. Sony Ericsson reps were tactful in telling Pocket-lint that the number and version was due to some sort of Android corruption issue.

Pocket-lint was also told by other sources that Ice Cream may see a debut at the Google I/O conference in May 2011.

What’s odd, if the numbering scheme stays the same, is that Google is jumping between 2.x and 3.x for what may be a sequential release based on the sequential alphabetical naming (I comes after H in Honeycomb). One possibility is that Google may be heading two Android revisions, one for tablet and one for smartphone, though that may be unlikely as it would cause more confusion and would further fragment the Android ecosystem.

When we had spoken with Sony Ericsson representatives at CES, we were told that the XPERIA Arc would be running on the latest Google Android Gingerbread operating system, which was recently announced as an Android 2.3 release.

Another explanation is that Ice Cream’s final numerical version designation could change upon release. That theory may hold more credence as 2.4 was long rumored to be Honeycomb, but at CES when several tablet-makers had debuted Honeycomb tablets as Android 3.0.

Honeycomb, otherwise formally known as Android 3.0, is the first version of Android that has been designed with a tablet UI in mind. Though Motorola didn’t show off Android 3.0 on the company’s Xoom tablet, they did demo some videos on the Xoom tablet that walked us through Honeycomb’s user interface with its multi-panel view, multi-tabbed browsing, and re-designed apps to take advantage of the tablet’s larger screen.