The long wait for Android 4.0 Ice Cream Sandwich on unlocked Samsung Galaxy S II phones in the U.S. is finally over. Samsung started pushing the update today, but only to global phones. 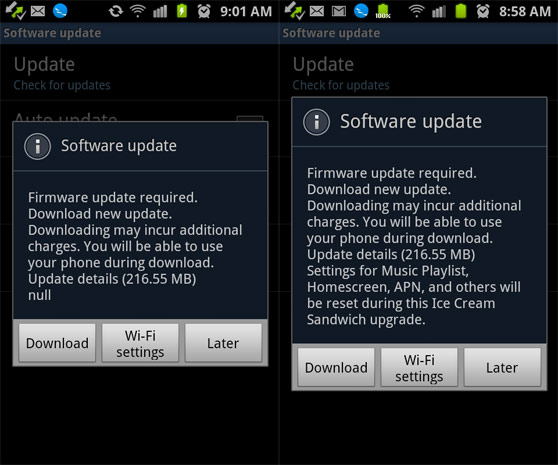 The update doesn’t change the layout or look of the phone, TouchWiz still looks the same, but it does have some new Android 4.0 features. For a full breakdown of what to expect with the update, check out our guide to Ice Cream Sandwich.

The update to Ice Cream Sandwich still isn’t available for U.S. carrier-branded versions of the Galaxy S II. We heard back in February that Sprint was testing the update for the Epic 4G Touch, but we haven’t heard anything about it since. We still haven’t heard updates on when AT&T, T-Mobile, and Verizon might roll out their updates.

With any luck, the ICS updates for U.S. carrier-branded Galaxy S II smartphones will come out before Samsung releases the Galaxy S III. That phone will likely be announced at Samsung’s event in London on May 3. A recent leaked video shows the Galaxy S III running Android 4.0 with a new TouchWiz skin that looks like a small change from the current skin.