Last month, Google announced a trio of Android updates, two of which are available to Android users right now. In early June, the company introduced Android 4.4.3 KitKat, a bug fixer for Android 4.4.2 KitKat problems and an update that immediately started rolling out to a number of devices including Google’s Nexus smartphones and tablets, Google Play Edition devices, and a few Motorola devices including the Moto X.

Later on in the month, shortly before it announced Android L on stage at Google I/O 2014, the company pushed out Android 4.4.4 KitKat, a new update with a security fix for an OpenSSL vulnerability. Android 4.4.4 KitKat is now Google’s most current update though the Android 4.4.3 KitKat update continues to push out as well.

While the Android 4.4.3 KitKat and Android 4.4.4 KitKat updates have moved extremely fast in recent days, there is still a long ways to go as companies continue to work on updates behind the scenes. Fortunately, there is a great deal of progress being made and companies are starting to not only push out their updates to new regions but detail their plans for the future. 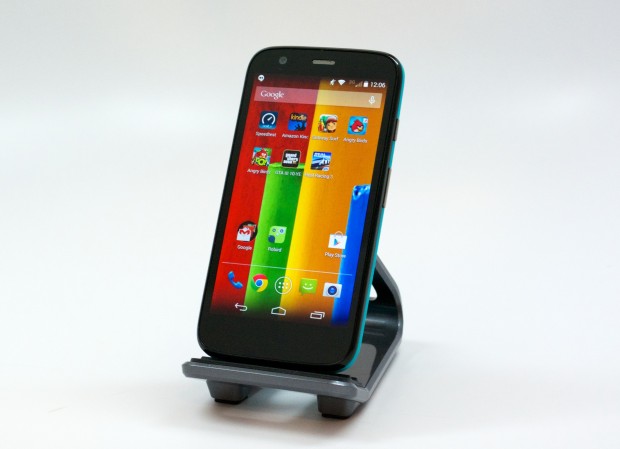 Just a few days after the Moto G Android 4.4.4 KitKat update landed in India, and just a day after it spread inside the United States, the update is now available for users in the United Kingdom. Moto G users in the UK will be getting four changes in particular, all of which should help to shore up the experience on one of Motorola’s most popular smartphones.

It’s a major update for the Moto G and it should be its last before Android L roll outs to replace Android 4.4.4 and Android 4.4.3 KitKat later this year. A Moto G Android L update remains in the shadows for now but given the smartphone’s age, there is a very good chance that it will get the update at some point down the road.

New Android 4.4.3 KitKat details continue to emerge as well. HTC’s Mo Versi recently announced that the HTC One M8 Dev Edition should get Android 4.4.3 KitKat and its bug fixes at the tail end of this week. He did not outline a specific date, only that the company is targeting this week for a roll out. The roll out will follow in the footsteps of the update for the HTC One M7 Developer Edition.