Announced late last week was the new Android 4.4 KitKat, and along with it comes plenty of small visual changes and polish to the Android operating system, a new Google Now experiences that’s more deeply integrated, translucent on-screen menu and notification bars, and much more.

With over 50% of all Android devices currently running 4.1 Jelly Bean and above, we’re expecting the recently announced Android 4.4 KitKat to start making its way to many devices in the immediate future. For now the Nexus 5 is the only device running the latest OS release from Google, with other Nexus devices to soon follow, and then we’ll see manufacturers making the switch. Below is a quick video showing off a few of the many new features found in Android 4.4 KitKat. 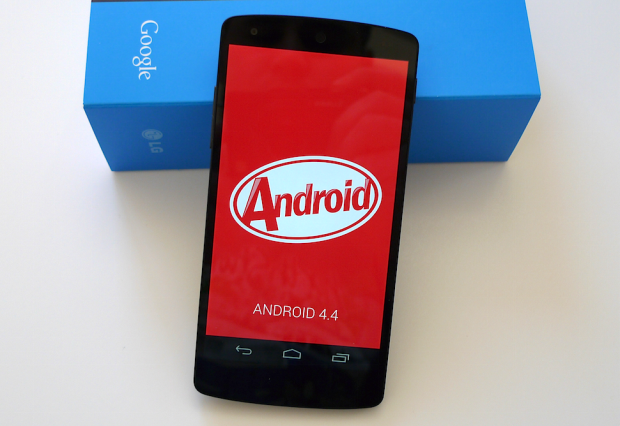 While some of the biggest and most important changes are all under the hood, things we cannot see, Android 4.4 KitKat has been tweaked, improved, and polished all around. Google’s making Android more refined, faster, smoother, and smarter. With an improved, redesigned, and more deeply integrated Google Now voice searches and information is always at your fingertips. Then, if you’re on the homescreen or in Google Now, just say “Ok Google” and you don’t even need to touch the device. It’s all hands-free.

From hands-free Google Now controls, a new white font, a redesigned launcher with translucent backdrops and more, this is an all-new Android. You won’t notice too many huge changes, but as we said above, it’s all about polishing and improving the already stellar experience we’ve all come to love with Android. Below is a video highlighting a few new features, and what to expect.

Android 4.4 KitKat has been improved and tweaked to run great on low-end devices, but as you could see above it clearly has no issues on high-end hardware either. Running on the 5-inch 1080p display of the Nexus 5 was a breeze, and that quad-core Snapdragon 800 processor makes this device extremely fast and fluid. Most of the changes to KitKat were behind the scenes, as we mention above, but there’s plenty that’s new with the latest release by Google.

Aside from all the visual changes and faster performance, the deeper integration of Google Now and Search is probably the biggest thing here. From getting instant access from the lockscreen or homescreens, to even having Google Search integrated in the dialer and phone app. A simple tap of a few keys in the dialer can look up nearby stores, instead of just numbers in your contact list. It’s like instant YellowPages right in your device. Caller ID has been integrated in the same fashion incoming calls, and much more.

While the video above was just a few of the many new changes in KitKat, we’ll be sharing plenty more soon. In the meantime, take a peek at our Nexus 5 Unboxing, or our Nexus 5 white vs black video. For those with other Nexus devices expect Android 4.4 KitKat to arrive shortly.