Android 4.5 Concept Shows a Better Out of Box Experience

Google’s Android 4.4 KitKat software is only 3 months old, but it’s never too early to start imagining the future. As such, designers and developers have already started dreaming up what’s next for Google with renders and concepts for the next software release.

Android 4.5 Licorice (or Lollipop) is already on designers minds, and this week the popular concept creators from Pixel Shift are sharing their vision of the next version of Android. Google’s mobile OS has come a long ways, but lately the focus has been all about polishing the experience. Android Jelly Bean set the stage, and since then we’ve seen minimal design changes to round the edges, and improve every aspect. This developer thinks the next step is improving the “out of box experience” and it looks pretty amazing. 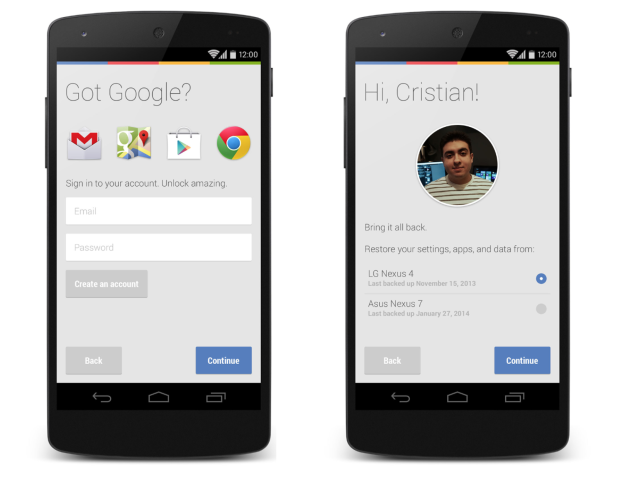 Many users have yet to actually taste the sweet chocolate goodness of Android 4.4 KitKat, but as you all know, Google’s going to keep improving, and something new will be coming later this year. Cristian Ruiz of Pixel Shift is back with round 2 of concept (fan made) renders of what Android 4.5 could look like, and we’re pretty impressed.

Ruiz didn’t focus on changing major areas of Android, and instead took the the initial out of the box experience, considering that’s the first interaction we have with Android. This has changed slightly from release to release, but the general idea behind the setup remains the same. Pixel Shift wants to change this, and the multiple mockups provided show exactly that. The focus: delivering a clean, inviting & personal experience to each and ever user from the moment they unbox their new device. 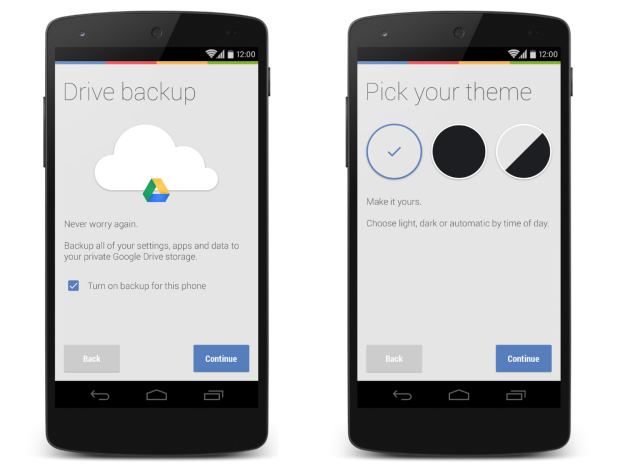 He’s removed the boring black gradient start screen asking for your Google account, and replaced it with a very clean and simple launch page. Offering a very familiar Google design, hints of the latest Android changes, all in a  simple way. We’re huge fans so far. Then, he moves on to the inviting and “personal” side of things, bringing the Google+ Avatar photo front and center. As shown above you already feel at home (especially if you’ve had an Android device before) and then you’re prompted to let Google back up your device.

We also love the idea of a stock built-in theme. Most Google apps have one color, and themers across the Android developer community make a blacked out Gmail, black Twitter, and more, but in future versions of Android Google could make this a simple 1/2 setting. Light or dark. We’re all for that idea. 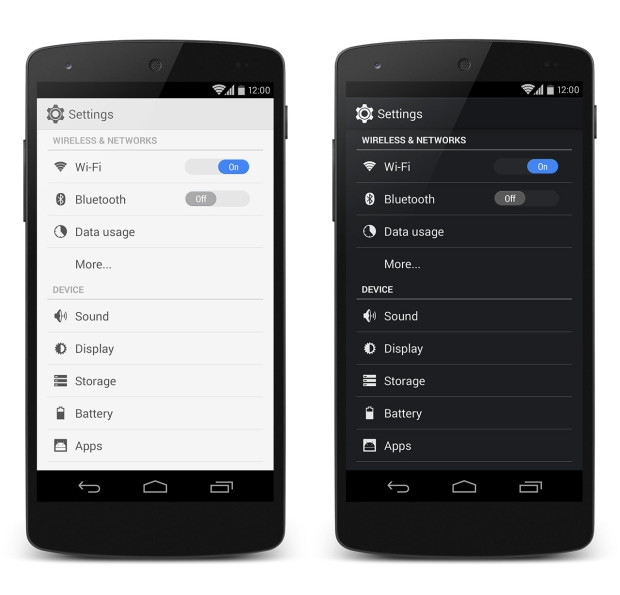 Last is the settings menu showing users what he meant by the light and dark theme above. Offering a simple, clean, and inviting experience as you thumb through the settings menu. It’s nearly identical to what we have now, only this designer chose to round the edges, and get rid of the Cyan blue from Jelly Bean. The blue above is a bit like iOS of old, so we doubt Google would take that route, but you never know.

It’s not just software either, above is a new render showing what we could expect to see from a Nexus 6 made by Samsung or LG. Google will probably have some Android changes at Google I/O in May, and as usual a new Nexus smartphone isn’t expected until October or November.