Getting a virus or malware on your Android device isn’t nearly as easy, or as big of a concern as many media outlets claim it to be, but it is a problem. Being the biggest mobile OS on the planet, many shady characters and apps target Android.

Introduced in Android 4.2 was a new piece of software called Verify Apps, which Google added to Android dating back to Android 2.3 Gingerbread. Verify Apps is a system that essentially scans apps that have been sideloaded to our mobile devices, and makes sure there isn’t anything suspicious going on. It was a huge improvement once added, but we’re hearing it is about to get even better. 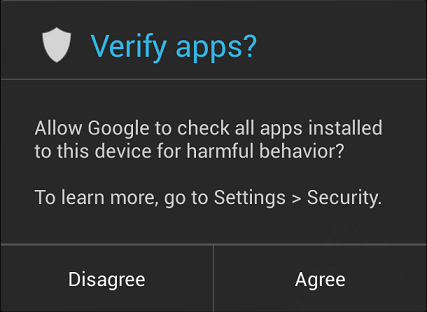 Talks of dangerous threats and new malware problems make great headlines, but they’re few and far in between for regular users. However, it does still happen, and as a result Google’s continuing its efforts on security with a collection of “Google security services for Android” according to one Googler who spoke with ComputerWorld.

Verify Apps is a system that scans new apps as they’re added to an Android device, and clears them before they access important bits of the OS. Once it runs once, the service goes to sleep and stops protecting the user, and the device. A new Verify Apps version and collection of improvements are on the way, according to reports, ones which will make this service even better, and Android more secure. 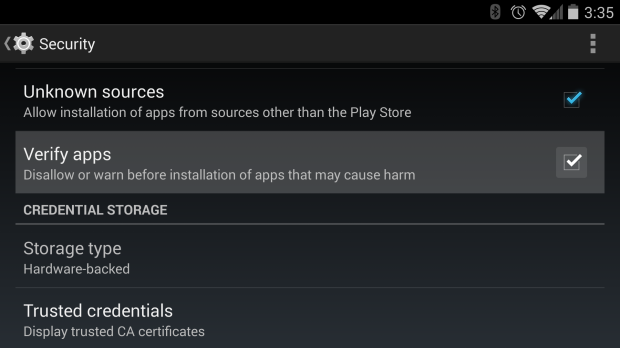 Not only will the new Verify Apps scan new apps, but it will continue to scan and monitor apps for suspicious or shady activities and put them through Google’s servers full of known threats, which will flag any potential issues. The Google Play Store has a “Bouncer” feature that scans apps before you install them, and Verify Apps will save the day from 3rd party sources, and even once an app has already been installed.

Sundar Pichai: No Guarantee Android is Designed to be Safe

Android lead Sundar Pichai made a few comments detailed above, which many are taking out of context. What he meant was that Android was designed to be open, and free, and not necessarily to be 100% safe. This doesn’t mean Android isn’t safe, it just means there’s no 100% certainty that it will be. Just like banks, Dropbox, Target, and anything else that’s recently been hacked or victim to malware.

While curbing Malware is a tough job, something that is ongoing, it’s clear that Google is working on a new collection of services that will help stop problems before they happen.

ComputerWorld states this will be a behind the scenes update through Google Play Services which is coming soon. And we won’t need to wait for manufacturers or carrier updates to be better protected on our Android devices. It’s all behind the scenes on Google’s side.