On May 28th at the annual Google I/O developer event Google revealed the next version of Android, dubbed Android M for now. It’s filled with tons of new features, security enhancements, tweaks to the look and feel of Android 5.1 Lollipop, a new “Doze” battery saving feature, USB Type-C support, dark theme for settings, automatic app backups, and even multi-window mode. Google promised updates to the developer preview, and today it arrived for multiple devices.

With Android M (official name unknown) Google looks to improve the overall experience of Android 5.1 Lollipop even further. The original developer preview was stable enough to use, but was missing key features like Android Now on Tap, Android Pay, fingerprint security support and more. And while it looks like most of that is still missing from the update today, there are tons of things users need to be aware of.

First things first, the Dev Preview 2 will be available as an over the air update for those on the original M preview, and factory images are available as we speak. Yes!

With that all said, today in a surprise move the Android M Developer Preview 2 was released, and here’s all the details for those interested.

Google just announced the first update to the developer preview moments ago, so we don’t know exactly what’s new, but they did include an lengthy changlog, along with a list of what isn’t working. Here’s what Google had to say about it:

Android M Developer Preview 2 is an incremental update to the Android M preview platform that was originally released in May 2015. The update includes a variety of enhancements and bug fixes made across the system, including those related to issues reported by developers through the external issue tracker.”

That is about all Google is saying so far, but after a little more digging we did find more details from the Android Developers website. Here’s a few more details straight from Google, but most of it is very technical and aimed at developers. Once we install the update ourselves, we’ll update with more details.

What we see above are a few very important security related changes, API tweaks for developers, and fixes for multiple issues reported by app developers. The platform changes add even more to the permissions that Google announced with M. When a USB connection is made all Android devices will default to charging only, and users must grant the system access to storage to access photos or video, transfer files, and other things. Before it appeared in the notification bar, but access was granted immediately. This is big for security reasons. Users must grant apps access to internal or external storage, which is another big permissions based change, and sharing of WiFi and Bluetooth location data is also a permission that must be asked and granted by the end user on a per app basis.

What Devices Get Dev Preview 2

The Android M Developer Preview is available to all recent Google Nexus devices, and the same devices the original update was released for. That means that users with the Nexus 5, Nexus 6, Nexus 9, and Nexus Player can install and try the latest Android M beta 2 release.

We were expecting the Nexus 4 or even the 2013 Nexus 7 to be included at some point, but as of now, only the devices mentioned above are able to install and try the latest Android M release.

How to Get It

The Android M Developer Preview 2 will be available as an over the air software update, just like regular updates. This is huge, as developers and enthusiasts won’t have to completely wipe their devices and flash the factory image. That said, the factory images are also available right now. Thanks Google. 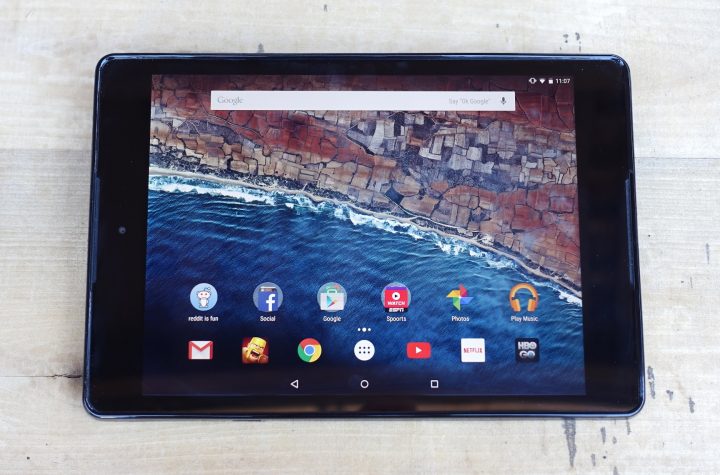 Google specifically states that the OTA update will arrive within the next few days of availability. So that means OTA updates could arrive today, or maybe tomorrow, but we can’t say for sure. Head into settings > about phone (or tablet) and check for updates manually.

However, the factory images are also available right now. Users will be able to update from Build #MPZ44Q to the new MPZ79M on all devices, or MPZ79N for the Nexus Player.

Read: How to Install the Android M Preview Right Now

For now it looks like only the factory images are available, but over the course of the next few days developers and users can expect over the air software updates to arrive just like any other Android OTA. We’ll update once the updates start arriving for users.

Android 4.4 KitKat and Android 5.0 Lollipop were both announced and released in October and November, and many expected the same late fall and early Q4 release date for Android M. However, surprisingly Google is stating it will be announced and released before the end of September. This means Android M will arrive at least a full month earlier than the last two major software updates.

We don’t have any additional details at this time, but expect more information to surface with the Dev Preview 3, and even more when the 4th update arrives in August or September. We’ll update as soon as we know more details, find what’s new, and get some hands-on time with Android M Developer Preview 2.