Android Will Disrupt The Console Market, According To Nvidia

It’s only a matter of time before Google’s Android operating system disrupts console gaming, at least that’s according Nvidia.

Company founder Jen-Hsun Huang, declared the demise of video game consoles as we know them yesterday saying, “It’s simply a matter of time before Android also disrupts the video game console industry.” The remarks came during the company’s media briefing at this year’s Consumer Electronics Show in Las Vegas, Nevada.

Its the company’s belief that the Android’s open source roots will finally enable game developers and platform makers to make big moves in the gaming space and take market share away from traditional gaming power houses like Sony and Microsoft. Whether that’ll happen or not remains to be seen, however Nvidia would stand to gain a lot if it did. The company’s made large investments in mobile computing. 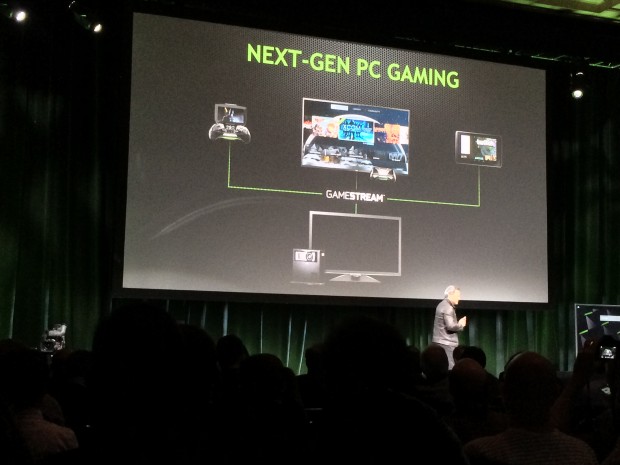 The company began its press conference at CES 2014 by reminding users about the devices and services it’s creating to take on video game consoles in all forms. Those initiatives currently include the GameStream software that allows users to  stream video game content directly from their PC using the Nvidia Shield handheld it began selling last year. Though GameStream isn’t new, the company’s demonstration of the technology noted that its able to stream and process commands from as far away as France without any lag.

The company also talked more about G-Sync. As detailed in today’s press event, G-Sync is specifically designed to regulate game frame rate. By standardizing frame rates, G-Sync is able to address the stuttering issues that tend to ruin a user’s play experience in games where every moment is key. Without the technology users could be killed in the lag that’s generated by some resource intensive games like Battlefield 4.

Stuttering and frame rate issues are something Xbox One owners have complained about since the console debuted this past year. Nvidia is licensing the technology to hardware makers already. Users can expect G-Sync-equipped products from Acer, AOC, Asus, BenQ, Philips and View Sonic beginning in the second quarter of this year.

Strangely enough, it wasn’t Nvidia’s gaming and PC hardware that stole the show. Nvidia finally revealed details of the Tegra K1 quad-core system. The processor and graphics card maker claims to have “brought mobile to the same level as desktop computing.

In addition to bringing better shadows and light simulation to mobile devices, Tegra K1 is also super power efficient. Where the comparable Xbox 360 and PS4 both consume upwards of 100 watts, the Tegra K1 consumes just 5 watts, making it the clear choice for any company looking to create a powerful and power efficient device. The Tegra K1 comes in two different versions, the mobile processor and a 64-bit high performance processor. Unfortunately, Nvidia didn’t announce when plans to begin making the Tegra K1 available to device makers.