Over the past few weeks the developers behind the massive mobile hit Angry Birds have been teasing a brand new upcoming title. It’s called Angry Birds Epic, and will be unlike any Angry Birds game to date.

Rovio has been teasing and dropping hints about its latest mobile game that will likely hit Android, iOS, Windows Phone, and probably even the Chrome Browser, and today the new game is finally being shown off with a teaser trailer video. Gone is the casual swiping and flying Angry Birds, this will be a Role Playing Game (RPG) Angry Birds style. 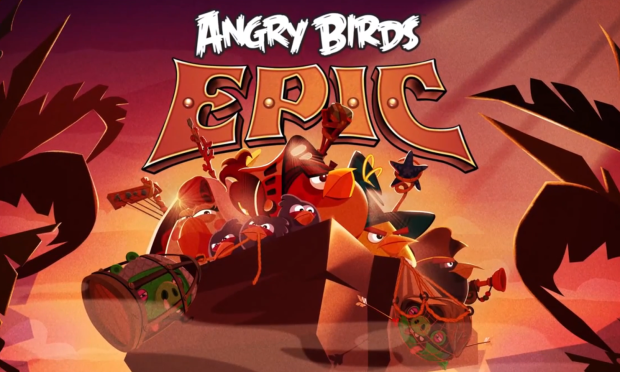 Apparently those in Australia, New Zealand, and Canada can play this brand new game already, but for the rest of the world and the U.S. this teaser trailer below will have to do. This is the latest game from Rovio following a slew of successful launches over the past few years. However, they could be getting desperate as the latest Angry Birds titles aren’t doing quite as well as previous releases.

Our red feathered friend we’ve been flinging in Angry Birds for years is now dressed in medieval clothing and ready to battle and explore the all-new Angry Birds Epic world. This will be a classic turn-based role playing game for mobile devices, only with the Rovio and Angry Birds franchise touch added for even more fun. Check it out!

Weapons, armor, and clothing all appear to be upgradable, and gamers will be able to earn and upgrade magic as they battle in this turn-based mobile game.

There appears to be multiple levels you can achieve for your character, but this “freemium” title will likely be covered with in-app purchases for those looking to upgrade quicker. That said, Rovio appears to be a one-trick pony as of late, and we may just stick to Flappy Birds.