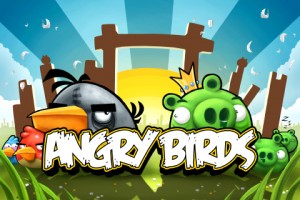 Angry Birds-maker Rovio is eying your big screen television to sling its flock of aptly named ‘angry birds’ at. After success as a game on a number of mobile platforms–including iOS, Android, and Symbian–Rovio is looking to take its franchise to the TV and to have an animated cartoon series created.

The game studio’s CEO Mikael Hed told British outlet C21media.net that “We have been looking at that for quite a while, and that is definitely one of my personal big focus areas right now — to work on broadcast content for ‘Angry Birds.’ ”

Of course all that large screen action can end up making its way back to your smaller smartphone display. For the Angry Birds addict out there, when the network airs an Angry Birds cartoon series, you can either use Slingbox to stream the show live or wait and hope that either Hulu or Netflix acquires the rights to stream the show over the Internet.

For now, though, it’s interesting to imagine an Angry Birds with dialog beyond squealing pigs and squawking birds.