Rovio, the developers behind the extremely popular and hit mobile game Angry Birds, aren’t afraid of releasing more than a few titles. After launching multiple iterations of Angry Birds over the past few years, this week they announced another is coming soon.

Amidst all the crazy Flappy Bird talk and excitement, gamers could have something new and refreshing to look forward to now that Flappy Bird is gone. After a short teaser yesterday with Rovio stating a new Angry Birds game or spin-off was coming soon, today they pulled back the curtains and revealed a few details, the name, and theme behind the next casual mobile game. It’s called Angry Birds Stella, and we’re about to get a slew of lady birds to take over our smartphones. 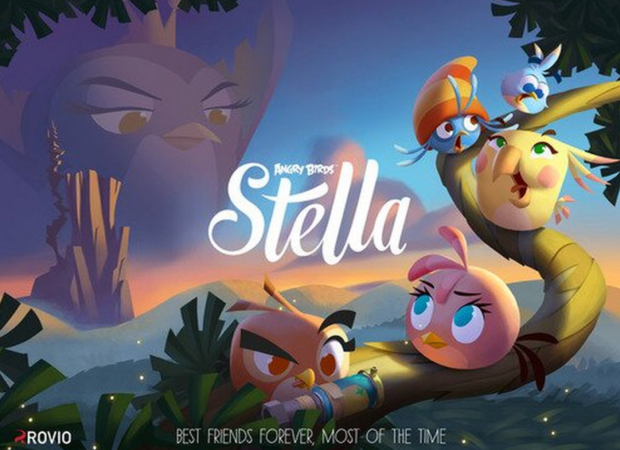 Everything from Angry Birds Space, Star Wars, to even Go, these little birds aren’t afraid to try something new. The popular pink character Stella will be the star of the new mobile and desktop browser game, and along with a few of her best friends these Angry Birds will be getting into some sort of trouble.

So far there’s no clear details or gameplay that’s been revealed, but following all its previous releases we can expect another casual physics-based game flinging birds around. Here’s the only details Rovio has released thus far.

“Angry Birds Stella will feature a group of feisty characters with a shared love for fun, adventure and creativity.” Then followed that by stating Stella will take all players to “parts of the Angry Birds world we’ve never seen before.”

With the hit breakout game Flappy Bird being instantly popular then removed completely from the App Store, those left looking for a new game to keep them occupied can start waiting for the new Angry Birds.

Rovio’s CEO did offer up a comment stating that this latest version of the game will “break the mold” of previous versions. Meaning gamers can expect something unique, different, and hopefully a bit more refreshing over the otherwise classic mobile title from before.