The problem with owning digital media today, such as copies of TV shows, movies, e-books, and music through services like Amazon and iTunes, is that you cannot transfer ownership of your content to someone if you want to clean house. Thanks to two recent, but separate, patents filed by Apple and Amazon, this could all change and owners of digital content can have a digital garage sale to pass on their licenses to their favorite movies, tunes, and books in the same way that they could if they owned physical DVDs, CDs, and paperbacks. 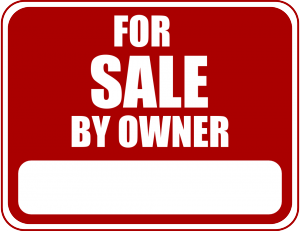 Like a second-hand store, Amazon’s patent could help the online retailer create a digital storefront for all your dusty digital content. Much like the Marketplace that the company has right now that allows third-party sellers to sell physical goods, the digital marketplace would allow users to transfer DRM for digital goods.

Titled Secondary Market for Digital Objects, the Amazon patent allows users to transfer digital content and license to another individual or entity.

Currently, Amazon already offers limited DRM transfers through the Kindle Lending Library where Kindle e-book owners can temporarily lend out select book titles to others. During the period that the title is loaned on, the original content licensee wouldn’t have access to that title.

The patent would extend this idea further to other digital categories and could pave the way for re-sale, where individuals could profit for digital content they no longer need or want, and would make the transfer more permanent.

Amazon’s patent comes with limitations and strings, which presumably would be negotiated with the publishers of the original content. Music studios, book publishers, and movie houses may limit the number of times a title could be transferred, for example.

Apple is working on its own version of a second-hand marketplace for pre-owned digital content. According to the patent filed by the iTunes-maker, content could either be loaned or sold through this secondary marketplace.

Like Amazon, Apple does intend to work with content publisher to mandate certain restrictions, which would help prices on the secondary market from dropping too low.

According to Apple Insider, Apple would work with studios and publishers to potentially limit the price and how long before a title could be re-sold. One example would be that an e-book cannot be re-sold for under $10 and could only be re-sold after a six-month period.

Additionally, perhaps to appease publishers, Apple’s patent suggests that original content owners–the studios and the publishers–could still get a cut of the money when digital items get re-sold on the secondary market. This would make it more lucrative than when a physical book or CD gets re-sold through a used store as the book publisher and music studio would not be able to collect on earnings when items get resold on the used market.

It’s unclear when ownership of digital content will become flexible, but given that Amazon and Apple have already filed patents, this idea may come to fruition sometime in the near future. Though digital music sales have spurred in recent years given the inexpensive costs and flexibility, there are still a lot of consumers who are concerned about the sales of digital books, movies, and TV shows. Some questions on the market right now include the passing on of the rights to these contents, especially in an event of death, and if they can be willed to a surviving friend or family member. Given that users can potentially spend thousands of dollars or more building entire collections or libraries of digital content, the legal process for transferring ownership may help alleviate concerns of digital rights ownership.