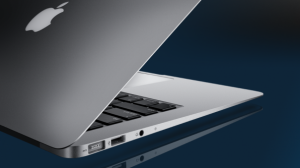 Say what you will about Apple’s new MacBook Air as a device that you can purchase today. What’s more important is that it is pointing towards a future that we’re not quite ready for yet. When I say “we” I mean the technology isn’t ready and neither is the consumer. Steve Jobs made a big point about what a possible “hook up” between the iPad and the MacBook would yield and at the moment that is what Apple is trumpeting as its new MacBook Airs. It sure makes that car and truck analogy of the last keynote look a bit different after today. I think the incremental changes in the MacBook Air point to a longer term strategy that we’re just starting to get a feel for. Keep in mind, most questioned the need for the iPad prior to its release. You can still argue that question is valid to some degree, but a lot of customers I think would disagree.

More importantly,  for the long term though I believe that Apple’s move to blend some of what the iPad offers with the strengths of a notebook is the telling factor. I think many die hard early Tableteers would agree. With the exception of Inking (and I still don’t discount that wholly for the future) the evolution Apple is pushing are some of the things we all used to talk and dream about on the pages of Tablet PC Buzz. Smaller, lighter, less dependent on things like hard drives and cables, and battery life. We all saw that Tablets offered a new paradigm and new that was just a beginning. We all wailed when Microsoft wimped out and when the technology couldn’t match the vision. Quite honestly, and I certainly haven’t had my hand on either of the new Macbook Airs, but I would say that the technology still isn’t quite there yet. That’s evidenced by some of the battery life claims and other complaints I’ve seen about the new Air design. But we’re getting closer and Apple is pushing the envelope further than most in my view.

Jobs recognizes that there is a new paradigm emerging and that the slate form factor is a part of it, but only a part of it. From where I sit he seems to be steering Apple that way, and I find it fascinating that many aren’t catching the bigger vision, instead focusing on what’s here today. The perfect example of this doesn’t come from Apple. It comes instead from the Tablet manufacturers who are going to be pushing slates on the market with an OS that the developer of that OS says isn’t suited for the Tablet/Slate form factor. Jobs and Apple waited until they could make the iPad work, and let’s not forget that not only did they create a device that is hugely popular by any standard, they changed the conversation about some of the mundane but important factors like battery life, instant on, and as it appears more and more likely streaming media.

Don’t get me wrong, Apple still pulls some bonehead moves, and there are still major pieces to be found before the picture gets clear, but I’m sensing more and more that Apple is quickly (and perhaps quietly) putting a bigger vision together for tomorrow, while everyone else is focusing on today. Or is that yesterday?