In a shortage for endangered jungle cats, Apple is re-naming its OS X desktop software. The Cupertino, California software-maker is now using a California-based theme for its OS X software, rather than the previous cats theme, with the first of many new releases based on a surfing theme. Hence, at WWDC 2013, Apple is dubbing the new software OS as OS X Mavericks, paying its homage to its home state of California. 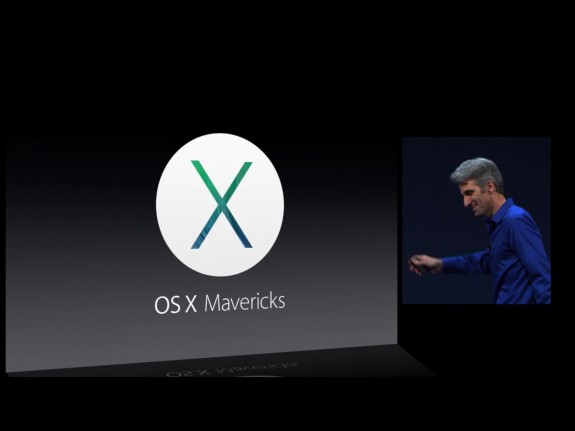 Apple is allowing users to add tabs, similar to how tabs work in web browsing like Apple’s own Safari browser. The Finder tabs will allow users to manage their files better. 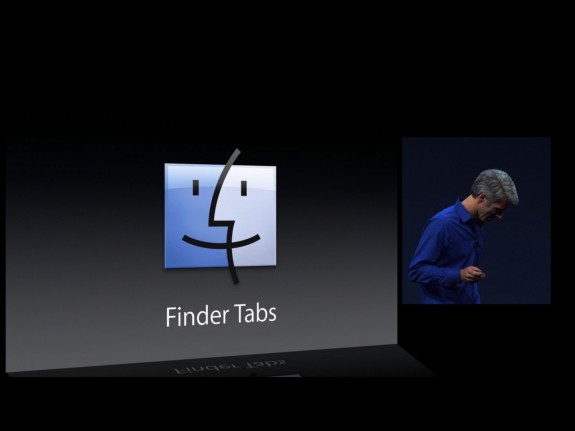 Apple is allowing users to add more metadata to more documents and files. It’s great for search. In a Pages document, you can add a new tag, such as “Important,” “Work,” or “New Project.” 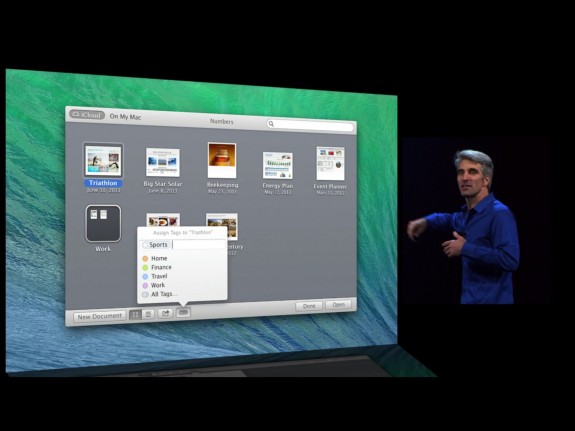 There’s also easy color management as well with color coded. Now, when you search, you can search by tag colors as well as by tag categories. 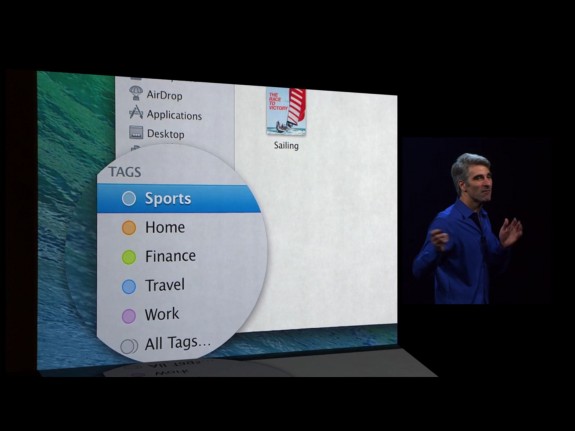 Multiple display support gets more flexibility so you can become more productive. Now, you can work independently on different displays and going into full screen mode on one display doesn’t interfere with other displays. 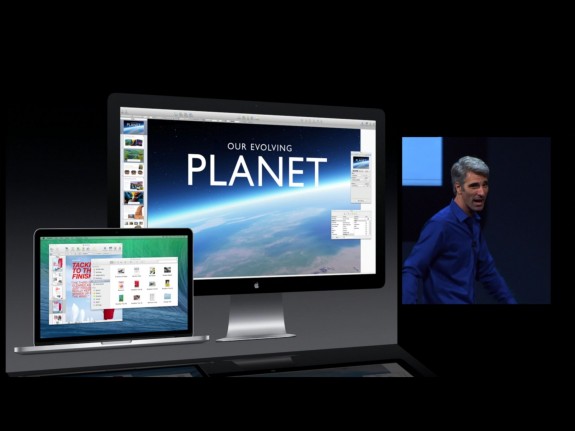 With this new feature, you can have different full screen apps on different displays.

Apple TV can also be brought into play as well with multiple displays. Your home TV can now be a display!