Apple has chosen the first week of March to launch the new iPad, likely the iPad 3.

Apple announced the iPad 2 last year on March 2nd, and it looks like the company is planning to keep to the annual release cycle with a rumored iPad 3 announcement event for the first week of March.

The new rumor comes from AllThingsD, which cites un-named sources. According to these sources Apple will hold a special event in California to launch the new iPad, likely at the Yerba Buena Center for the Arts where the iPad 2 was announced.

There is no specific date given for the iPad 3 announcement event, but Apple prefers to do product announcements on Tuesdays and Wednesdays, so March 6th and March 7th look like good candidates.

The new iPad is likely the iPad 3, but we have heard from sources that Apple will call it the iPad 2HD or iPad 2S, because it won’t have a major change in looks. 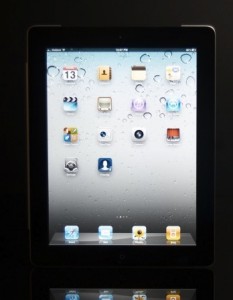 The iPad 3 may have a Retina Display.

Based on what we know form an Apple Insider and other sources, we expect a number of changes to the iPad, but it’s not clear if they will offer the same incentive to upgrade fo current iPad 2 owners.

Apple has not confirmed the event, but the company is not known for commenting on rumors. We anticipate that Apple will send out invites to the press within the next few weeks.