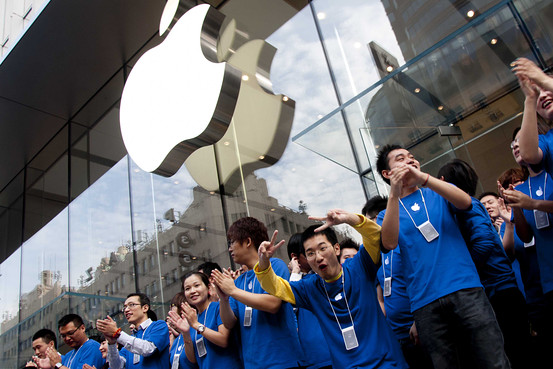 In addition to apologizing for a perceived attitude of “ignorance” towards Chinese consumers, Cook also announced that the company would provide new training materials to Chinese resellers.

Sellers of Apple products in the country also released specific satisfaction numbers designed to combat issues new buyers might have with the negative publicity. For example, the Mr. Cook pointed out that many components included in its computers and iPads have parts that are specifically covered under two year warranties. It’s unclear if by covering these internal components for an extended period of time instead of the entire device that Apple is, in fact, on the right side of Chinese consumer protection laws. Cook also cited internal numbers showing that Apple had a satisfaction rate with consumers currently around 90%.

In addition to taking issue with the length of the company’s warranty, the television program that kicked off the calls for Apple to be held to a higher standard in China also questioned why those forced to return devices within a given warranty period weren’t being provided with newly manufactured devices. Currently, Apple replaces devices these devices with refurbished units that it’s tested and deemed to be in good working order. It should be noted that Apple provides newly manufactured devices for warranty redemption in the United States and many other countries.

These articles paint an unpleasant picture of Apple’s relationship with the Chinese government and many Chinese consumers. A market that Apple recognizes as being crucial to its long-term growth.