Apple could be preparing for the launch of the iPad Mini by asking resellers to clear extra shelf space for iPads by September 12.

According to MacRumors, several Apple Premium Resellers in Europe recently received requests from Apple to clear off extra shelf space for iPad displays. The requests say retailers should clear the space by September 12, which we know as the rumored iPhone 5 release date. Apple could announce the iPad Mini on the same day.

At least one source said their store is already tripling the shelf space for the iPad weeks before the Apple-imposed deadline. We don’t know how retailers will fill that space before an iPad Mini release, though we assume the stores will simply put more iPads on display. 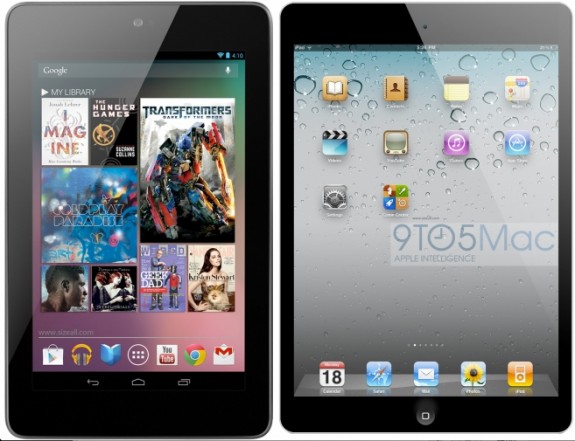 The shelf space for the iPad line is at the expense of the Mac Pro and Mac Mini. The stores will remove the computer from the displays completely according to MacRumors‘ sources. Apple hasn’t updated the Mac Mini in more than a year, and the last Mac Pro update earlier this year wasn’t much of an upgrade at all. It seems the company wants to move away from the two machines, but will still offer them to users who want them.

When rumors of the iPhone 5 release date first hit, the iPad Mini was also mentioned, though that always seemed less certain. We’ve recently seen a few parts of the new device leak, and we saw engineering samples of it last month.  The rumored device will have a 7.85-inch display, possibly look more like an iPod touch than an iPad, and use the new smaller dock connector.