Apple Back to School deals will start at the end of June according to a new report, which means Students should wait before buying any new Apple products including a Mac, iPad or iPhone to save even more on their back to school gear.

Each year Apple offers a collection of back to school deals that include the MacBook Air, MacBook Pro and iMac, as well as the iPad, iPad mini and iPhone. This is in addition to the student discount that already knocks up to $200 off many devices.

The Apple Back to School deals last year included a gift card to purchase apps, music, movies and other items in iTunes, the App Store for iPhone and iPad and the Mac App Store. 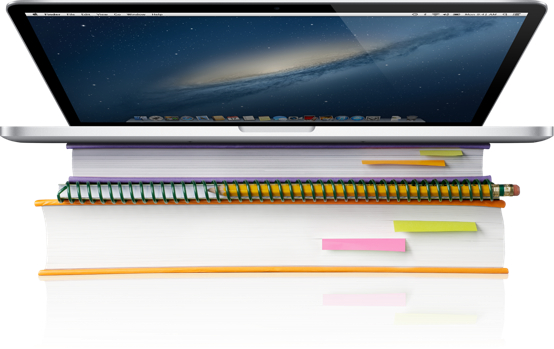 2014 Apple Back to School deals will start in about 2 weeks, so students should wait to buy.

Although we don’t know what the Apple Back to School 2014 deals will offer, there is a good chance that Apple plans to give students gift cards once again. These gift card deals make it easy to buy apps to make the back to school transition easier and to get ready for class.

In 2013 Apple announced the back to school sale on July 2nd, so this is very likely what is in the works. The back to school iPad, iPhone and Mac deals will likely run through early September. Last year the deals ended on September 6th, just ahead of a new iPhone announcement.

Here are the Apple education discount prices, which students can combine with the Apple Back to School deals.

Although Apple does not offer an iPhone student discount, the $50 gift card is highly likely given previous promotions. It may still be cheaper to buy an iPhone somewhere else, and students should also check out the Best Buy student discount on MacBook Air, MacBook Pro Retina and iMac that chops $150 off of sale prices.

The Apple Back to School and education pricing options are available to college students, high school students accepted to college, parents buying for a college student, faculty, homeschool teachers and staff at all grade levels. In short it is a very easy program to use. You can buy online or in an Apple Store if you want to get the education discount. To buy online simply find your school in the list on Apple. If you plan to buy in store you will need proof that you are eligible.