With Black Friday but a few weeks away, more readers are asking us what to expect from Apple on Black Friday 2011. Black Friday is November 25th, the day after Thanksgiving.

Having covered Black Friday extensively for the past four years, I am all to familiar with the shopping holiday and with the plans of retailers like Apple.

After a quick read, you’ll know which Apple Black Friday deals are worth waiting for, and which deals you can beat today.

While Apple Stores and the Apple Online Store typically don’t dive into the Black Friday deals as much as the competition, we did see discounts of around $100 on several models last year. These discounts are close to the everyday student and educator discounts, but a welcome addition for the rest of Apple shoppers. In some cases, these Apple Black Friday deals beat out Amazon.

The best Black Friday deals on Apple notebooks like the MacBook Pro and MacBook Air will come from retailers like MacMall, Best Buy and others.

Update: You can already get MacBook Air and MacBook Pro Black Friday deals at Best Buy.

We will see some discounting, with prices dropping in the same $100 price range, but the best deals will come in the form of gift cards that add up to a bigger saving. Best Buy has typically bundled $100 to $150 gift cards with MacBook Pros and MacBook Airs, adding $25 to $50 in savings versus buying at Apple.com. These deals can be found online and in some stores, but you’ll have to be quick on the trigger to pick up one of these deals.

MacMall is also a great place to look. As Black Friday approaches, MacMall starts cutting prices on their stock of new MacBooks, MacBook Pros, Macbook Airs and Mac Minis. These deals are usually close to the Apple Store Black Friday pricing, but you don’t have to wait until the busiest shopping day of the year to take part in the savings. Expect to see MacMall strike early, with Black Friday discounts on Apple notebooks as early as the week of November 14th. These deals don’t require you to stay up late or wait in lines, which is a big plus, and worth the sometimes smaller discounts.

If you can wait until Black Friday to buy a new iPod, you’ll get the best deal of the year. Typically Best Buy and Amazon have gone head to head with the best iPod Touch and iPod Nano deals on Black Friday, but Walmart has also been known to put their hat in the ring.

There is no point in waiting in line for an iPod deal at any retail store. Unless you plan to camp out for at least a day the iPods will be gone before you get in the store. The best bet is to go online. For this, you will likely need to wait up, as the deals kick off between midnight and 3 AM eastern on many sites.

Be sure to calculate the cost of tax and shipping when you compare prices. While many states require you to pay sales tax for online purchases in April, the up front price at Amazon is often cheaper since the company doesn’t collect sales tax in most states.

Verdict: Wait to buy any iPod, but look online for the best selection and stock. 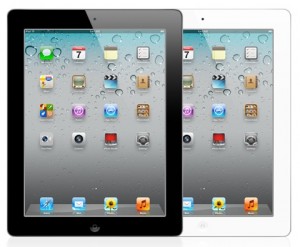 Apple may follow up on last year’s Black Friday iPad deal with $41 off the iPad 2 on Black Friday. This is a good discount, but not reason alone to buy an iPad, especially with the Kindle Fire and Nook Tablet out in 2011. Also, it’s worth noting that you can get an iPad 2 for $50 off any day of the week in the Apple refurb store. These deals include a full one year warranty, and you don’t have to stay up or fight for limited stock.

Third party retailers like Best Buy may also offer up Gift card deals on the iPad, but you’ll be hard pressed to find a discount that beats the refurbished iPad 2 price direct from Apple.

Verdict: Not worth the hassle, buy refurbished for bigger savings right now.

If you are looking for an iPhone 4S deal on Black Friday, forget it. The best you’ll find will be a number of retailers offering up discounted accessories and possible a double data plan on Verizon. The iPhone 4S is too new to get a real discount, and stores will be packed anyway.

The iPhone 4 however, may see a discount on Verizon and AT&T. Currently available for $99, I wouldn’t be surprised if both carriers cut the price to $50 to sign up new customers. This is especially likely on Verizon, where there is no free iPhone to share.

We do expect to see a number of iPhone accessories and iPhone apps on sale during Black Friday. Stay tuned for the best of the best.