The Apple Black Friday 2013 event starts at Apple Stores on Friday, but if you want the best deals, you need to go to a store like Walmart Target or Meijer. This year the Meijer Black Friday sales start at 6 AM on Thanksgiving morning, and include an impressive roundup of Apple Black Friday deals.

Meijer is not as large as Walmart or Target, but this competitor will offer some of the best Apple Black Friday 2013 deals at over 200 stores through the midwest which will be a better option than Walmart for many shoppers this Black Friday.

Read: Early iPad Black Friday Deals Offer Up to $150 Off

While the Walmart Black Friday 2013 deals include a guaranteed in stock iPad mini that is $299 plus a $100 gift card, basically dropping the price to $199. Like Walmart’s deals, the Apple Black Friday offers at Meijer all come with a gift card rebate that makes the deal Black Friday worthy. Most of these deals don’t include discounts on the up front price, but there is one iPad Air discount.

At Meijer the iPad Air and the iPad mini are both on sale, with big discounts when you include a gift card good for a future purchase. The Meijer ad calls this a custom coupon, but it is a $100 or $80 coupon depending which iPad you buy on Black Friday.

The Meijer ad is full of Apple Black Friday 2013 deals.

The iPad Air, iPad 4 and iPad 2 are available starting at $379 with a $100 gift card. That means shoppers will still need to pay almost full price up front, but can get big savings overall.

The iPad mini is $299 and comes with a $80 gift card, dropping the price to $220 after all savings are accounted for. That’s $20 more than the Walmart Black Friday deal and not guaranteed in stock, so Walmart may be a better bet for the iPad mini unless you line up very early.

Meijer also offers big discounts on other Apple gear including iPods and the Apple TV as well as a small discount on iTunes gift cards. The iPod Black Friday deals meet or beat many that we’ve seen with u$50 in gift cards for the iPod touch 5th gen and iPod nano. 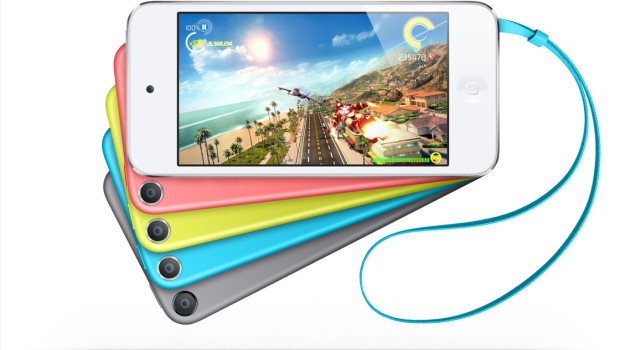 Save $50 on any iPod touch or iPod Nano at Meijer.

The Apple TV is $99 up front with a $20 gift card included at checkout. This is $5 cheaper than Best Buy. Additionally Meijer offers a $25 iTunes gift card set for $19.

One thing to keep in mind for all these deals is that while most stores limit shoppers to one item, Meijer offers the deal at two per customer. That’s great news if you are at the front of the line and need two iPads for gifts, but it also means these deals will go even faster.

Check out our Black Friday 2013 coverage for deals, tips and buying advice.