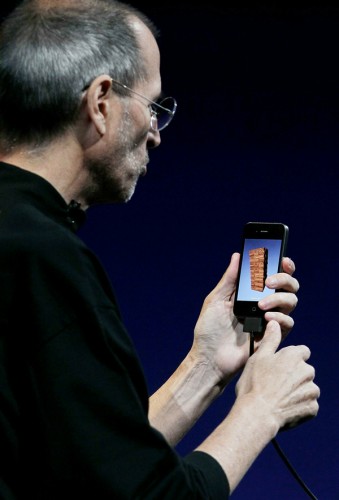 Apple is doing what it has to do and calling a hastily assembled press conference for this Friday to address the iPhone 4 “death grip” issues. As stated here previously, this episode has turned into a PR disaster for Apple, far exceeding the technology issues, and Apple is moving to address it. Speculation is rampant, following the Consumer Reports testing and reporting that led to a “can’t recommend” status of the new phone. Like sharks gathering around blood in the water, the blogosphere had already gone crazy with the topic and the mass media was beginning to jump in with both feet to keep the thrashing up. Apple’s competitors and partners have been using the “death grip” issue as a club or an incentive depending on their motives, most famously with a Microsoft Exec calling the iPhone 4 Apple’s Vista. Ouch on all fronts.

And of course the tech world is going crazy with speculation as to what Apple will say. Speculation runs from a recall to free bumpers to gift cards to lessons on how to hold the phone to Apple parading our a bunch of experts to talk about the issue. Somewhere in there is probably what we’ll hear, but keep in mind, the language used to communicate whatever we hear will be carefully chosen. The post press conference parsing will be be an amazing spectacle as well.

Apple has already released a Beta of iOS 4.1 that changes how the bars are displayed (and continues a few other fixes and updates) that has already been dissected. Of course there are reports that the update doesn’t affect the antenna attenuation issue, but then Apple never claimed that would be the case.

Apple’s timing (Friday at 1pm eastern on the day before a midsummer weekend) will see most of the media commentary until next week but you can expect blogs to be busy this weekend as well as Twitter.

I have no idea what Apple will announce or do and I don’t think speculating is worth my time beyond the fact that some will say Apple did well in addressing the issue and some will continue to cry foul. You can bet you’ll hear about this being the most successful product launch earlier and you can also bet that Apple will roll out some statistics about how few returns Apple has seen. Of course the danger is that Apple will prompt more of those if it isn’t careful with its statement. You can also bet that Steve Jobs won’t be holding the iPhone 4 the way he did at the announcement event. Entertainment will ensue.