Commenting on the Kindle Fire, Cook recognizes that the affordable $199 price point has helped Amazon ‘sell a ton of units,’ but stated that users may be disappointed by the Kindle Fire’s experience when they take the tablet home. According to Cook, these ‘soured’ customers are “people feel great when they pay from their wallet, but when they get home and use [the tablet], the joy is gone.” 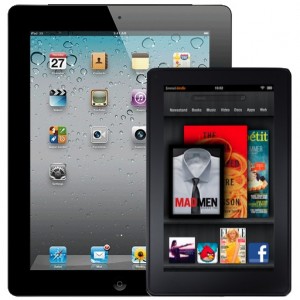 In the past, some studies have claimed that the the 7-inch display on the Kindle Fire, versus the larger 10-inch iPad screen, provides for a less than optimal user experience, especially when typing on the more cramped keyboard.

The Kindle Fire is one of the most affordable tablets on the market today offering competitive and advanced hardware specs, including a high resolution display, dual-core processor, and solid build quality. The tablet runs on a heavily customized version of the Android operating system and connects to Amazon’s digital store fronts for books, magazines, movies, music, and apps.

In terms of the pre-paid market, Apple has in the past admitted that it was looking to get its phones into as many users’ hands as possible, but Cook says that the the company would not sacrifice the device’s build quality to create ‘cheap’ iPhones. Cook’s comments connect cheap to pre-paid. He went on to say that Apple had helped China Unicom successfully transition pre-paid customers to post-paid status with the iPhone offering.

Though Apple has been a breakout success with its smartphone, selling 37 million iPhones in Q4, Cook sees a lot of room for growth as the industry shipped 500 million smartphones in 2011 alone.