Apple says that exceeding these limits will result in your uploads being “paused temporarily and you may see a notification message on your device.” After the hour, day or month has passed, you’ll get your upload abilities back in full force. Users will be given a limit of 1,000 photo uploads per hour, 10,000 photos per day and 25,000 photos per month. 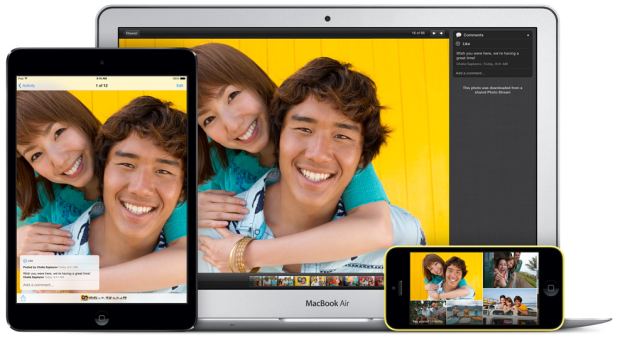 As for sharing photos, users are also given limits of sharing 1,000 photos per hour and 10,000 photos per day, with no monthly limit. Our only guess is that Apple is implementing these limits to save on bandwidth so that its servers don’t overload and crash at some point.

If you’re not familiar with My Photo Stream, it’s Apple’s own photo-sharing service that allows you to easily send photos you take on your iPhone or iPad directly to your Mac wirelessly over the internet using iCloud. It’s similar to Dropbox’s or Google+ instant upload feature, but simply through Apple’s own ecosystem, which some iOS users find easier to use in the long run. While these limitations aren’t as good as unlimited freedom, we doubt a lot of Photo Stream users will meet these limitations.