In a bold move and a gesture of goodwill to customers, Apple had compelled its carrier partner AT&T to unlock an older iPhone model to be used when traveling internationally. The customer had tried to work with AT&T to unlock his iPhone 3GS unsuccessfully prior to reaching out to Apple CEO Tim Cook, who, like late CEO and co-founder Steve Jobs, is adding a personal touch of customer service in addition to leading Apple. The customer, who recounted to the story to 9to5 Mac, said that Cook himself did not respond to him personally, but that Cook’s office had worked with AT&T and then Cook’s staff had followed up with the customer after the unlocking was completed to ensure the process went smoothly. 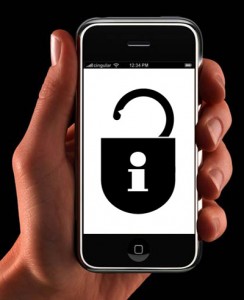 Perhaps the main reason why Apple intervened in this particular incident is because the ‘Rethink Possible’ carrier had initially informed the customer to jailbreak his phone to SIM unlock the device, rather than issue a method for legally unlocking the device without jailbreak. As Apple has been fighting a battle against jailbreakers, the company did not want its partners to encourage or reward the behavior.

The customer sent an email to Cook and AT&T’s operations team contacted the customer subsequently telling him that they’ve made a one-time exception to the rule to unlock his iPhone.

To do so, AT&T acquired the customer’s IMEI number, which is a unique serial number issued to every phone with a SIM card, and gave instructions on how to perform the unlock through the iTunes software.

Interestingly, though, in my past discussions with AT&T, AT&T usually places blame on Apple with the unlocking process, stating that Apple–or the manufacturer–usually maintains the unlock code and does not provide them to AT&T. I’m not sure how much credence that story holds up as AT&T has demonstrated that it knows how to obtain those codes through Apple’s iTunes ecosystem, which could unlock the iPhone’s SIM so that a user can use a foreign SIM card to make and receive voice and data calls while traveling abroad and not have to rely on AT&T for roaming.

Furthermore, AT&T rivals Sprint and Verizon usually provide unlock codes for the iPhone as requested by a customer if the customer is in good standing with their accounts for a minimum 90-day period.

As of late last year, Apple had begun to sell unlocked GSM iPhone models so that customers can travel with them and are not bounded by an AT&T contract.

AT&T has not provided customers with a method to legally SIM unlock their iPhones since it launched the first iPhone. This is the first known incident.