We expect to see a new MacBook Pro and Mac Pro today at Apple’s October 22nd special event, but according to one analyst prediction the Apple computer sales will continue to suffer as users turn towards iPads. It’s fitting that we also expect to see an iPad mini 2 and an iPad 5 announced at this event.

Apple announced a new MacBook Air in June, but much of the Mac lineup is significantly older in computer years. Despite a small spec bump earlier this year the MacBook Pro with Retina is essentially a year old, the MacBook Pro is almost 500 days old as is the Mac Pro. A Mac Mini is almost a year old and the iMac refresh just arrived last month.

While many of these devices still compete with Windows notebooks, there is a significant reason for many consumers to wait for the new MacBook Pro and Mac Pro devices. Gotta Be Mobile editor Adam Mills waited months to buy a new iMac, in order to get the best performance for a computer he expects to use for a long time, and this is a common theme for many Apple customers. 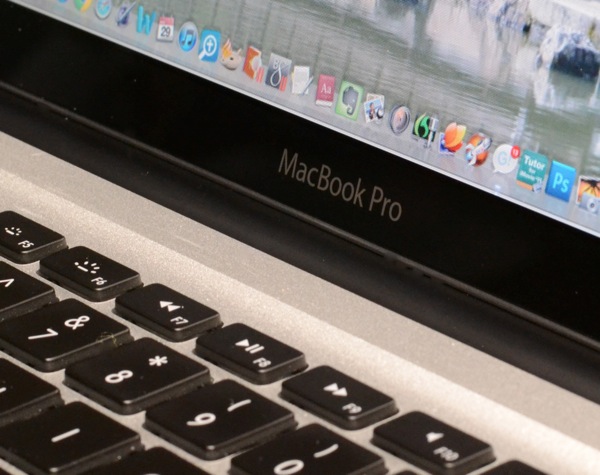 The new MacBook Pro, Mac Pro and iMac may help Apple’s slumping Mac Sales but the iPad 5 and iPad mini 2 may negate their impact.

In a note shared on MacRumors, Gene Munster dissects NPD sales data to determine Mac sales in September are down roughly 14%, but thanks to a new MacBook Air only down about 7% for the quarter. Munster writes,

“We have analyzed domestic NPD retail data for the full September quarter which suggests Mac sales are tracking down 7% y/y. We note that the September data suggested the last month of the quarter was down 14%, which brought the average down from down 3% through the first to months to down 7% for the full quarter.”

Overall this leads to a roughly 5% downward trend in Mac sales for the year, according to Munster’s estimates. Apple’s earnings statements indicate that the Mac line accounted for just under 14% of Apple’s revenue in Q3 2013. For comparison the iPad line accounted for 18% and the iPhone for a whopping 51% in the same quarter. For comparison sake, the iPod line only accounts for 2% of Apple’s revenue in the last quarter. We’ll know the official numbers on October 28th during Apple’s Q4 2013 earnings call.

Apple hopes to jump start the sagging sales with a new MacBook Pro release this month. Rumors and indicators suggest the new MacBook Pro Retina could arrive later this week, but a new MacBook Pro non-retina may not arrive anytime soon. The Mac Pro release date could come in November, likely with a high price tag. Some early rumors suggested a Mac Mini in the works, but that remains unclear hours ahead of the announcement.

Even with a more powerful processor that should deliver a big boost in battery life Munster believes Apple faces an uphill battle. As more consumers use home computers for Facebook or web browsing and tablets and apps become more full featured iPads can meet the needs of more consumers. Apple could hasten this decline with an official iPad keyboard case and with the rumored 13-inch iPad hybrid device some rumors suggest we will see in 2014. 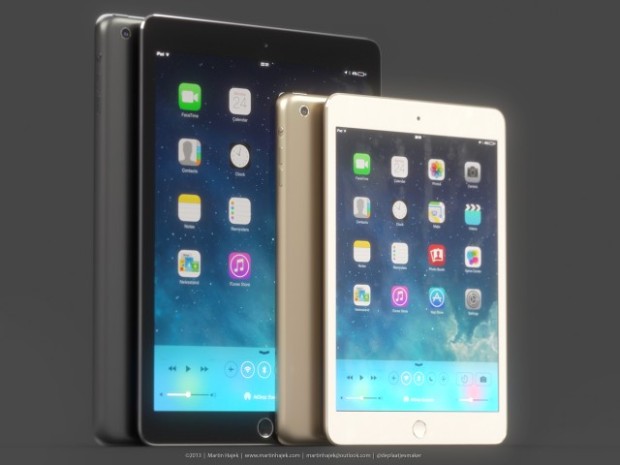 The iPad 5 and iPad mini 2 could aid the continuing decline of Mac sales. Render by Martin Hajek.

The iPad 5 release should arrive by November 1st offering a narrower, lighter and faster iPad with the same long battery life. An iPad mini 2 is also expected with a Retina Display that should boost appeal. These devices are much cheaper than a new MacBook Pro and while they cannot do as much, for the average consumer an iPad with a keyboard may be the better choice.