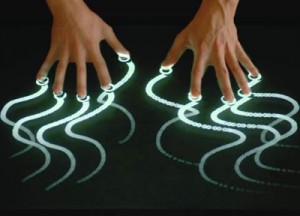 Finally. It seems like someone in the patent process has decided to apply some common sense and perspective. Apple had applied for a patent on the term “multi-touch” in 2007 when it released the first iPhone. At the time just about everyone who had been using multi-touch on other devices thought this was an over reach. Apple was turned down at the time and appealed.

Apple has lost that appeal, and it seems like common sense has indeed played a role. Well, at least as much as common sense can play a role in any of these dealings. Here’s a quote:

Thus, from the foregoing, we find that “multi-touch” not only identifies the technology, but also describes how a user of the goods operates the device. Based on the evidence discussed above, as well as other evidence in the record, we agree with the examining attorney that MULTI-TOUCH indeed is highly descriptive of a feature of the identified goods. We now consider whether applicant has submitted sufficient evidence to establish acquired distinctiveness of this highly descriptive term.

It’s amazing to try and wrap your head around how folks involved in these processes think.