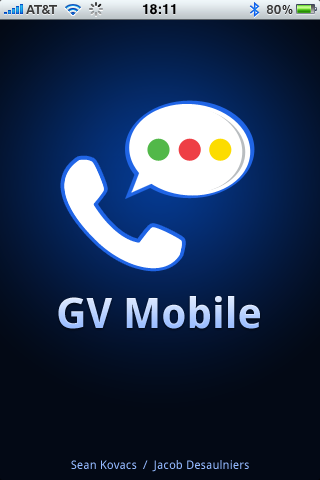 UPDATE: Word later tonight is that Apple is not going to approve the official Google Voice App. Me thinks AT&T should quit spending money on lawyers and start spending some on fixing their network. Then they wouldn’t have to worry about seeing their business model erode right before their eyes.

I wonder what it feels like to wake up in the morning, get ready for work, and say to yourself. “Self. I think today I’m going to make a decision that will by and large tick off the overwhelming majority of my customers, infuriate the developers that are our lifeblood, and generally end the day looking like an idiot?”   Maybe the folks behind Apple’s iPhone App Store and at AT&T know how that feels.

A week or so ago the floodgates opened on the Google Voice beta and folks began to get their Google Voice accounts. Of course iPhone users went scurrying to see if there was an App for that. (Blackberry and Android users already have apps for those platforms.) Turns out there were several solutions. Google has a web app you can use, and is supposedly working on a native app of its own. I wouldn’t count on that now. Two other apps did exist. GV Mobile and VoiceCentral.   According to this article on TechCrunch both have been yanked by Apple, apparently because they “duplicate features that come with the iPhone.” The developer of GV Mobile writes about it here.

I smell AT&T behind this, simply because Google Voice is a big threat. I had downloaded both apps but haven’t really had time to work them out, only giving them a few tries, and I haven’ t made the complete switch to Google Voice yet as I’ve just been too pressed for time to do so. Both apps offer a lot of similarities and a few differences, but unless Apple does its “change our mind” routine here, that won’t matter for folks who haven’t gotten their hands on the App. Besides, I don’t think AT&T will let Apple change course. And I don’t think we’ll get an Amazon-like apology or anything approaching clarity about this either. It will be interesting to see if Apple pulls the “kill switch” on the apps.

While I guess I’ll settle for Google’s mobile web app. But that doesn’t obviate the fact that Apple just can’t seem to get its act together on this stuff or is far too much at the mercy of AT&T.