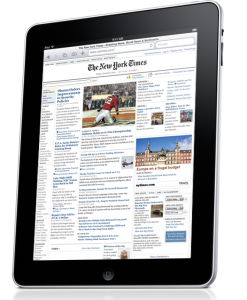 The guys at Computerworld were apparently thumbing through the classified ads recently (on their touchscreen devices, not newspapers, of course) and stumbled upon an interesting posting by Apple for an engineering manager to “lead a team focused on bring-up of iPhone OS on new platforms.” New platforms? Color me intrigued.

Per the job posting:

The Core Platform team within Apple’s Core OS organization is looking for a talented and inspired manager to lead a team focused on bring-up of iPhone OS on new platforms. The team is responsible for low level platform architecture, firmware, core drivers and bring-up of new hardware platforms. The team consists of talented engineers with experience in hardware, firmware, IOKit drivers, security and platform architecture.

CW speculates that Apple TV is a no-brainer to get the iPhone OS treatment. Given its included with the iPod family, serving as a companion device like its relatives, this makes the most sense. Apple TV is little more than an iPod with video-out built in. Retooling it with the iPhone OS might make it more useful, opening it up to apps.

Personally, the platform I’d like to see is a simple phone, opening the door to an iPhone nano + iPad / phone + tablet combo as an alternative to the traditional smartphone + notebook combo. Plenty of possibilities out there. Where do you think this new engineering manager should start?