Apple has officially filed for a trademark to the iWatch brand in Japan. The company has long been rumored to be developing a wearable wristwatch computer with the same name, though it has kept quiet about its plans for the wearable computing market except for Tim Cook‘s recent comments at the All Things D conference where the Apple CEO says that there is a market opportunity for those types of devices.

The trademark was filed on June 3rd and was made public last week by Japan Patent Office, according to Bloomberg. News of the Apple’s official patent filing comes as Sony Mobile Communications, a division of Sony Electronics and Sony Corp, had announced a SmartWatch 2. The company was one of the earlier tech-makers to enter the wearable computing market by linking a wristwatch with a smartphone. Apple’s fiercest rival Samsung is also rumored to be working on a smartwatch of its own, and Google’s Key Lime Pie Android operating system is speculated to arrive with support for smartwatch form factors according to an earlier report on the Journal. 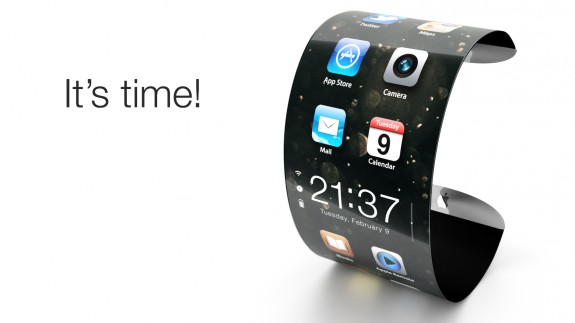 Earlier this month, it’s been rumored that Apple may have filed for the iWatch mark in Russia.

In the past, Apple is believed to have a team of 100 people working on the development of its iWatch smartwatch. It’s still unclear if the iWatch could replace an iPhone and handle calls, data, and web, though it will be able to handle at least some of the tasks that smartphone owners use their phones for.

As the mobile phone and tablet markets are becoming more saturated with devices, the makers of these mobile products are looking to other areas for growth. Google had turned intiially to the eyewear market with its Google Glass smart glasses project, though it is now believed that Google, through its Motorola business, may launch a wearable wristwatch product in the future with added sensors.

Still, a trademark filing by Apple doesn’t guarantee that the Cupertino, California computer company will be releasing a smart watch. Apple could potentially trademark the name to prevent others from using it if it doesn’t release the product itself. Or, it could be Apple’s way of teasing us that all the rumors we’ve heard are correct, and perhaps an iWatch may debut this fall alongside the iPhone 5S and a cheaper iPhone model. Only time will tell.